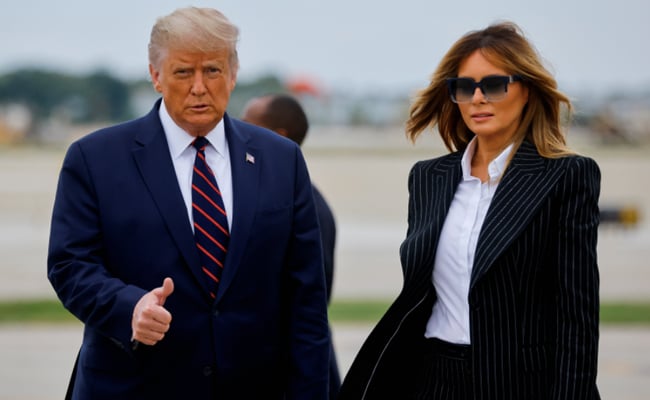 The World Health Organization on Friday wished US President Donald Trump a swift recovery from Covid-19 and avoided criticising his disdain for its advice on protecting against the virus.

Trump has been a fierce critic of the WHO and its handling of the coronavirus pandemic, accusing the UN health agency of botching its response to the crisis.

The United States formally started its withdrawal from the WHO in July, making good on Trump’s threats to deprive the organisation of its top donor.

WHO director-general Tedros Adhanom Ghebreyesus wished Trump and his wife Melania, who is also infected, “a full and swift recovery”, adding: “Our prayers are with them.”

But asked about Trump’s disregard for wearing a face mask — something recommended by the WHO where physical distancing cannot be maintained — the organisation’s emergencies director Michael Ryan refused to be drawn.

“We don’t generally comment on the behaviour of any specific individual and we don’t know what risk management measures were in place on any given individual, especially someone as prominent as a president,” he said.

“What we will reiterate is… the combination of different measures that reduce risk.

“Washing your hands, staying a safe distance from other individuals, avoiding crowded spaces, wearing a mask both to protect others and yourself.”

Trump has frequently mocked and downplayed masks, claiming he was safe due to frequent testing.

He has been holding growing numbers of outdoor re-election rallies with thousands of people pressed tight, and in most cases not covering their faces.

The novel coronavirus has killed at least 1.02 million people and more than 34.4 million cases have been registered since the outbreak emerged, according to a tally from official sources compiled by AFP.

The United States is the worst-hit country with more than 207,000 deaths from 7.28 million cases.

“There is no reason why the United States of America cannot control this disease, turn a corner, get this disease under control. But that requires work, corners don’t turn by themselves,” Ryan said.

With more than a million dead and around two million new cases being registered each week, Tedros said it was a “critical moment in the outbreak response”.

“We mourn the loss of so many,” he said.

Tedros said that if everyone stuck to the basics, including avoiding crowds, then “together we will suppress this virus”.

“We urge every single leader to strengthen their response.”

Throughout the pandemic, Tedros has consistently hit out at divisions in the international community, warning of the consequences of a lack of solidarity.

Trump meanwhile has accused the WHO of being too close to Beijing and having covered up the initial outbreak of the disease in China last December.

He has charged that the outbreak could have been contained “with very little death” if the WHO had accurately assessed the situation in China.