With No Local Case In A Record 200 Days, This Country Is World’s Envy 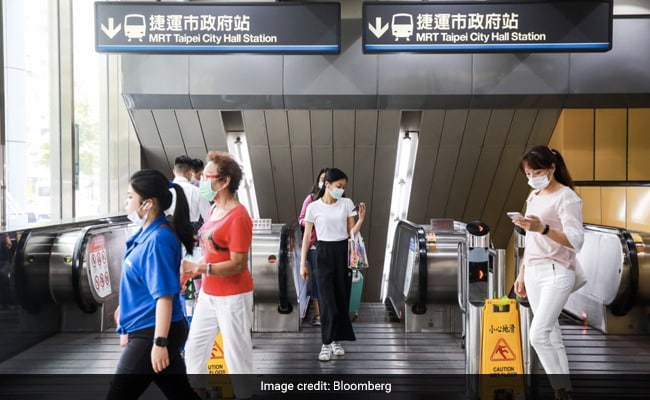 France and Germany are going back into lockdown, while coronavirus cases in the U.S. surging to new highs, but at the other end of the world Taiwan has achieved a different kind of record — more than 200 days without a locally transmitted case.

Taiwan holds the world’s best virus record by far and reached the 200-day landmark on Thursday. Its last local case came on April 12; there has been no second wave. On Friday, it reached 201 days without a local case.

What did this island of 23 million people do right? It has had 553 confirmed cases, with only seven deaths. Experts say closing borders early and tightly regulating travel have gone a long way toward fighting the virus. Other factors include rigorous contact tracing, technology-enforced quarantine and widespread mask wearing. Further, Taiwan’s deadly experience with SARS has scared people into compliance.

The 200-day-local-case-free total received worldwide attention including from lawmakers. Among them was U.S. Senator Bernie Sanders, who in a tweet mentioned the milestone, writing: “How’d they do it? They believe in science.” 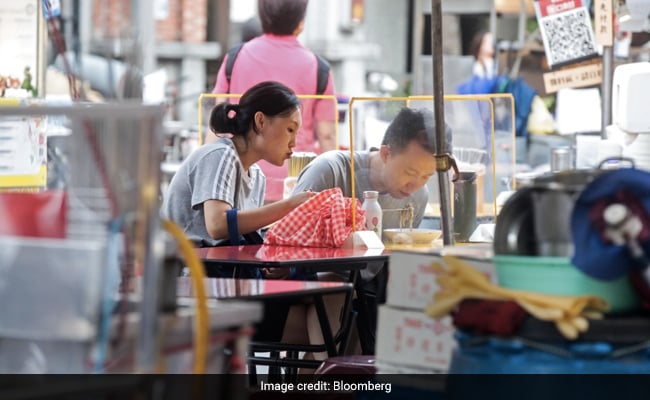 People eat their meals behind perspex partitions at a food stall at the Ningxia Night Market in Taipei, Taiwan earlier in July.

Community transmission has been eliminated there, said Peter Collignon, an infectious disease physician and professor at the Australian National University Medical School. Taiwan “probably had the best result around the world,” he said, adding that “it’s even more impressive” for an economy with a population about the same size as Australia’s, with many people living close to one another in apartments. 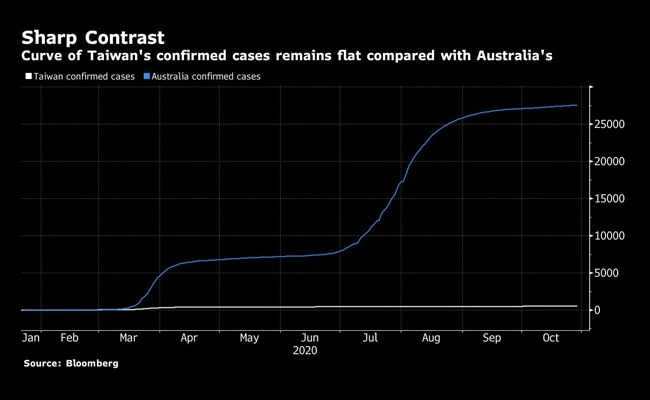 In other parts of the world, the second wave is proving bigger than the first. The U.S. set a new daily record for cases Thursday, topping 86,000. Cases in Minnesota rose by the most since the pandemic began, while outbreaks in Texas are accelerating. France, which goes back into lockdown starting Friday, is aiming to limit the hit to economic activity to 15%, Finance Minister Bruno Le Maire said. Germany’s new curbs begin Monday.

Taiwan will likely be among the few economies to grow this year, with the government in August forecasting that the gross domestic product will expand 1.56% in 2020.

Still, Taiwan isn’t out of the woods yet. The government confirmed three more imported cases Thursday, from the Philippines, U.S. and Indonesia, and in the past two weeks has recorded more than 20 imported cases. Also, others that fought the virus well initially, like Singapore and Japan, later had spikes in cases. 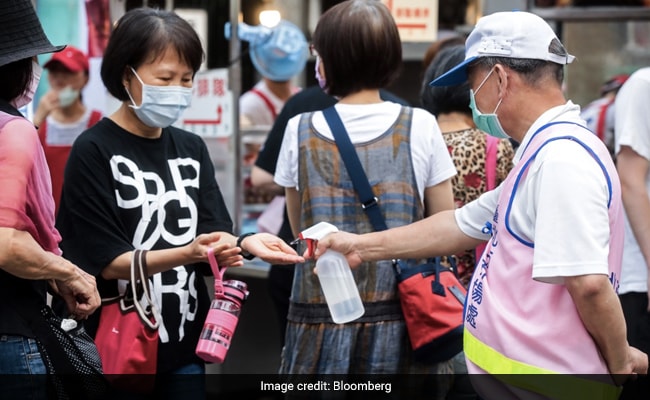 A municipal worker sprays sanitizer into a woman’s hands at the entrance to the Ningxia Night Market in Taipei, Taiwan, earlier in July.

What those places with surging infections can take away from Taiwan’s experience is that nothing works without contact tracing people who have tested positive and then quarantining them, said Chen Chien-jen, Taiwan’s former vice president and an epidemiologist, in an interview.

Also, as it’s not easy to make people stay in quarantine, Taiwan has taken steps to provide meal and grocery delivery and even some friendly contact via Line Bot, a robot that texts and chats. There is also punishment — those who break quarantine face fines of up to NT$1million ($35,000).

Here is how Taiwan has achieved its milestone:

Taiwan began shutting down to non-residents shortly after the pandemic broke out in January and has kept tight control over its borders since.

“Taiwan’s continual success is due to strict enforcement of border control,” says Jason Wang, director of Stanford University’s Center for Policy, Outcomes and Prevention. That includes symptom-based surveillance before travelers board flights and digital fence tracking via cellular signals to ensure their compliance with a 14-day quarantine, he said. 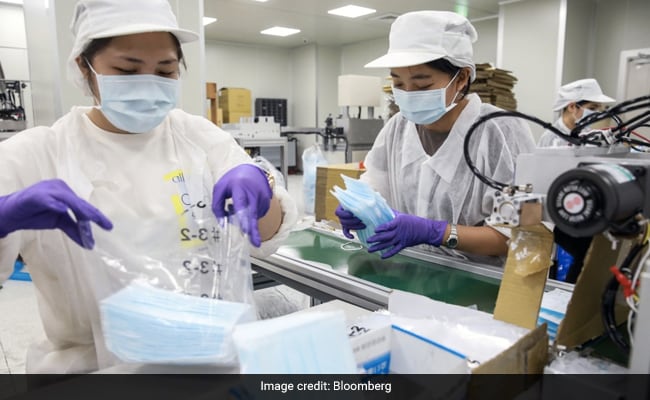 The decision to stockpile and have central distribution of face masks played a key role in Taiwan’s success. The government early in the pandemic stockpiled all domestically produced face masks and banned export. Within four months, companies increased production from 2 million to 20 million units a day, enabling the island to ration masks to residents on a regular basis.

Taiwan has world-class contact tracing — on average, linking 20 to 30 contacts to each confirmed case. In extreme situations, such as that of a worker at a Taipei City hostess club who contracted the virus, the government tracked down as many as 150 contacts. Then, all contacts must undergo a 14-day home quarantine, even if they test negative.

The painful lessons of past epidemics paved the way of Taiwan’s success in fighting Covid. It began building an emergency-response network for containing infectious diseases after its experience with SARS in 2003, when hundreds became ill and at least 73 died, for the world’s third-highest infection rate. Taiwan later experienced pandemics like bird flu and influenza H1N1. As a result, its residents are acutely aware of disease-fighting habits like hand-washing and mask wearing.