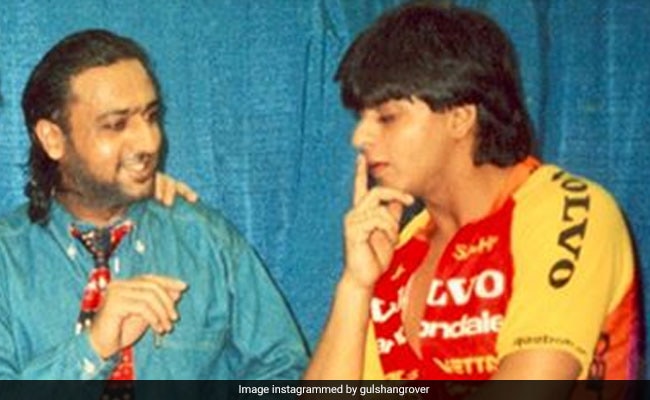 Actor Gulshan Grover, in a recent episode of dance reality show India’s Best Dancer, recounted an ROFL incident about when he was sort of in a fix because of Shah Rukh Khan. Gulshan Grover, who has played the villain in Shah Rukh Khan’s films Yes Boss and Duplicate, was talking about the superstar’s fan-base being all around the world, when he narrated the incident. Speaking on India’s Best Dancer, Gulshan Grover said during a layover in Morocco on one of his international trips, he requested for a single-day visa to the officials. According to Mr Grover, one of the officials was an ardent fan of Shah Rukh, who rejected his visa and citing this as the reason: “Because you beat Shah Rukh Khan.”

In response, Gulshan Grover revealed he had said: “Shah Rukh Khan is my friend, my brother. I don’t beat him in real life or he doesn’t beat me in real life. It’s just in the movies.” The viral clip of Gulshan Grover talking about Shah Rukh’s fandom has been shared by fan clubs and here’s just a glimpse:

Gulshan Grover, speaking to Hindustan Times last year, had attributed Shah Rukh Khan the credit for his Hollywood connection. Gulshan Grover, who has featured in international projects such as Blind Ambition, Prisoners Of The Sun, Desperate Endeavours and Beeper, said: “Shah Rukh and I were working in director Aziz Mirza’s movie Yes Boss (1997) and that time, I had got selected for a Hollywood movie The Second Jungle Book: Mowgli & Baloo (1997) to play the main antagonist. It was the final call for me to come to Hollywood and sign the film. I was in a big dilemma and before turning down the offer, I went to Shah Rukh and made him read the script. He insisted that I should take the first flight to Hollywood.”

South Indian Olan Recipe: Subtle Flavours Are The Hallmark Of This Kerala Dish

India In Endgame Of Pandemic

MacKenzie Scott And Husband Are Giving Away Billions