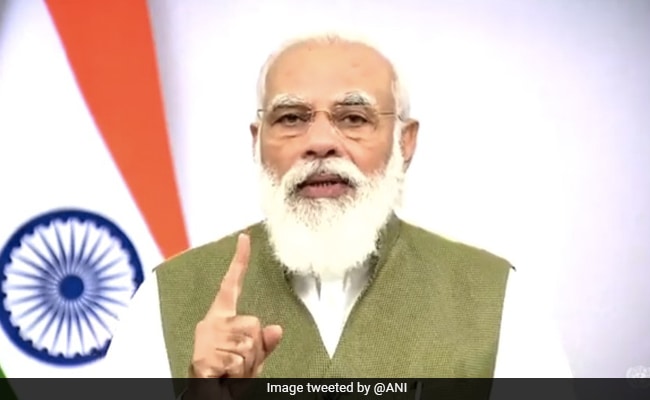 Asserting that his government broke inertia in the system to bring science at the core of its efforts towards socio-economic transformations, Prime Minister Narendra Modi on Friday asked the Indians settled abroad to join the “dream” of Aatmanirbhar Bharat, declaring that the world also takes a leap forward when India prospers.

Speaking at the inauguration of the Vaishvik Bhartiya Vaigyanik (VAIBHAV) Summit, a global virtual summit of overseas and resident Indian researchers and academicians, PM Modi said his government has taken numerous measures to boost science, research and innovation in various fields, including agriculture where the food grain production has hit a record high.

“Science is at the core of our efforts towards socio-economic transformations. We broke inertia in the system,” he said, adding that the call for an Aatmanirbhar Bharat (self-reliant India) includes a vision of global welfare.

“Our start-up sector will gain from your mentorship,” PM Modi said at the inauguration of the summit, which will continue till October 31.

Some 200 academic institutes and Science and Technology departments, led by the Principal Scientific Advisor, are organising the summit. Highlighting India’s scientific contributions, PM Modi said its rich history needs to be amplified and lamented that a lot many youngsters have been fed the “lie” that everything before the modern age was “superstition and dark ages”.

He said it is Indian innovation of zero that is at the root of computers, programming, mobiles and applications.

“Inspired by our glorious past and powered by our achievements in the present, India is looking ahead with great hope and we are aiming to build a secure and prosperous future for coming generations,” PM Modi said.

The need of the hour is to ensure more youngsters develop interest in science and for that people must get well-versed with “science of history and history of science”, he added.

Watch: How To Make High-Protein Moong Dal Uttapam For Breakfast – Recipe Video Inside