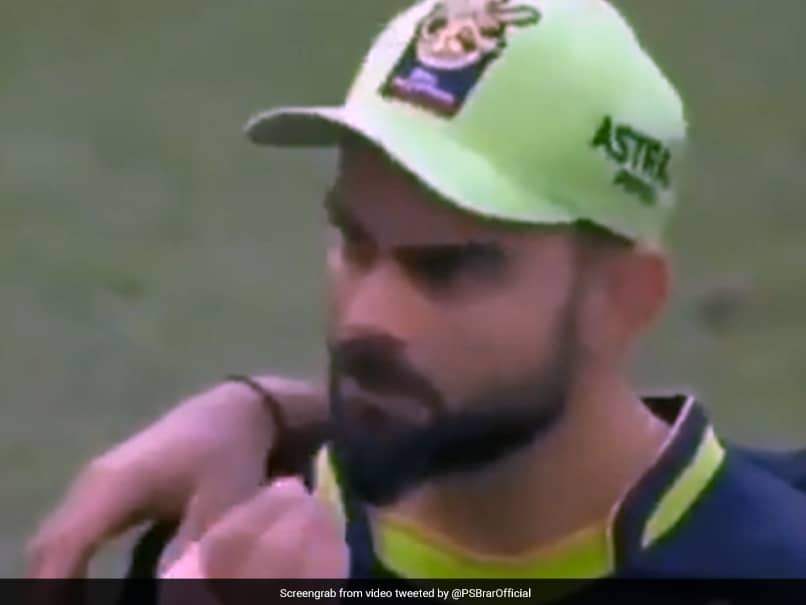 Virat Kohli gestured to Anushka Sharma to check if she’s eaten during an IPL game.© Twitter


Virat Kohli, Royal Challengers Bangalore captain, has now lost two consecutive league games in the ongoing Indian Premier League. On Sunday, Virat Kohli’s team was up against Chennai Super Kings and they suffered an eight-wicket loss. During the match, the RCB skipper made a gesture to his wife Anushka Sharma, who was in the stands cheering her husband, that won hearts on social media. A short video clip from the match went viral on social media in which Kohli can be seen asking Anushka if she’s eaten to which the actor replies with a thumbs-up gesture.

You two are too cute! pic.twitter.com/OlQNF9ypHS

Anushka has been spotted in the stands in a number of RCB games this year.

When RCB played against Chennai Super Kings earlier in the tournament, Kohli hit a match-winning knock of 90.

On October 10, when Kohli was walking back to the pavilion after putting on a batting masterclass against CSK in Dubai, Anushka was spotted cheering for her husband.

The Bangalore-based franchise were going strong at one stage after being 129 for two after 15 overs.

But a batting collapse towards the end of the innings saw them post a below-par total of 164.

In reply, Suryakumar Yadav scored an unbeaten half-century to guide Mumbai to a comfortable win.

The top-order batsman hit three sixes and 10 boundaries during his knock of 79 off just 43 deliveries. For his heroics with the bat, Suryakumar was adjudged player of the match.