Viral: This Easy Hack To Cook Minced Meat Evenly Will Blow Your Mind! 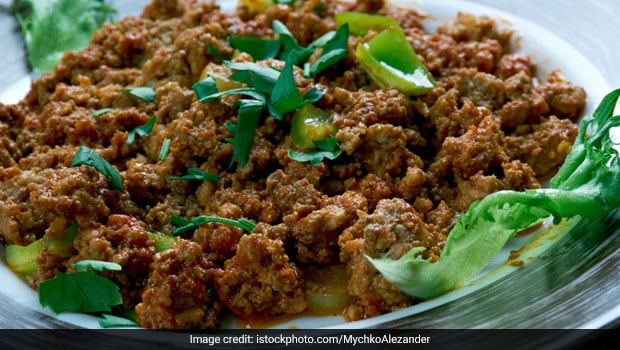 Home cooks and food enthusiasts often share the simplest hacks from their kitchen that make cooking much easier. There are plenty of cooking hacks to be found on the internet – whether to quickly chop vegetables or whip up an egg dish. There are also various kinds of hacks; while some are not very practical, others make you wonder why you didn’t think of it yourself. An easy hack recently surfaced on the internet which allows you to evenly cook minced meat with a simple tool – the humble whisk.

Minced meat is used in a number of Indian dishes, whether a delectable Chapli kebab or a yummy Keema do Pyaaza. Usually, we tend to use a simple wooden or metal spatula to cook the minced meat. However, Facebook user Ami from South Wales pointed out in a Facebook group that using a whisk could actually work better.

(Also Read: Indian Cooking Hacks: How To Boil Potatoes Faster Without Any Fuss) The whisk is the way to heat minced meat evenly.

Although the whisk is usually used to mix cake batters or eggs for omelettes, Ami suggested in her Facebook post how the whisk helps thoroughly distribute the minced meat for even cooking. The raw meat then can be cooked and used in any dish. The metal whisk and its multiple prongs can break down the stubborn lumps in minced meat, thus making it easier to incorporate in a number of recipes. Some users pointed out that a potato masher could also serve the same purpose.

What a simple way to incorporate a common tool and use it in a different way than what it was intended for. Kudos to the user for her creativity. What did you think of the easy hack? Tell us in the comments below!

Is Your Khoya And Mawa For Festive Sweets Safe? FSSAI Suggests Getting Them Tested For Adulteration

Tesla Being Courted To Invest By Multiple States In India