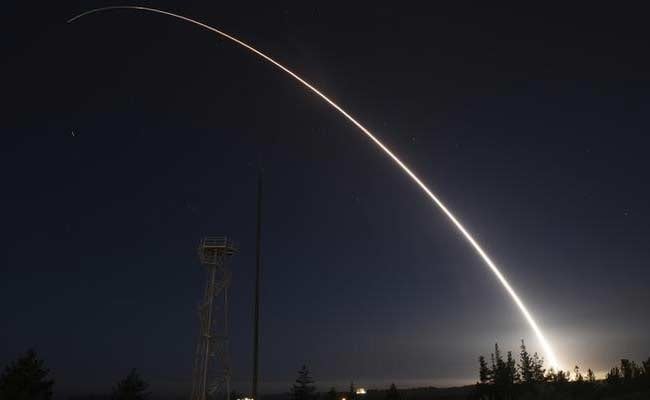 The single-warhead missile was launched at 12:27 am (0727 GMT) from Vandenberg Air Force Base in California, travelling 6,700 kilometers (4,200 miles) over the Pacific Ocean before crashing into the sea near the Marshall Islands, the Air Force said in a statement.

This third test of the year had been planned for Wednesday but was delayed by a day because of bad weather around the islands.

“Like previous test launches, this event demonstrated the Air Force’s commitment to the nation’s nuclear enterprise while ensuring the United States’ nuclear deterrent is safe, secure, and effective to deter our adversaries while reassuring our allies and partners,” said the chief of staff of the Air Force, General Charles Brown.

“We must continue to invest in this viable deterrent, and the airmen who support this mission, as part of the most responsive leg of our nuclear triad,” Brown said in a statement.

The Minuteman III, which has been in service for 50 years, has been the only surface-to-air missile in the US nuclear arsenal since 2005. It is installed at bases in Wyoming, North Dakota and Montana.

Trident nuclear missiles are deployed on US submarines, and US strategic bombers also carry nuclear devices.

The air force said this test had been planned for months and was “not a response or reaction to world events or regional tensions.”