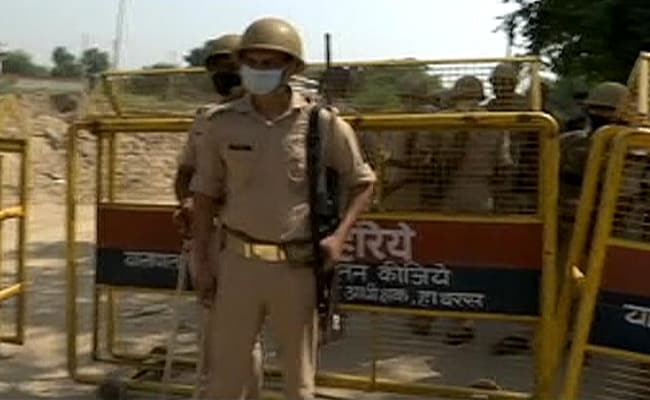 Yesterday five policemen, including the Superintendent of Police, were suspended.

The Director-General of Uttar Pradesh Police, HC Awasthy, will visit Hathras today amid controversy over the local administration’s handling of the alleged gang rape and murder of a 20-year-old Dalit woman by four men from the so-called upper caste last month. HC Awasthy, the UP DGP, will be accompanied by Additional Chief Secretary (Home) Awanish Awasthi.

The top officials’ visit comes as a wave of criticism directed at the Yogi Adityanath government over both the Hathras tragedy and similarly horrific crimes against women; in the days following the Hathras incident, which took place September 14, at least two other assaults and rapes have been reported, including one on an 11-year-old girl.

The visit also comes a day after an angry Allahabad High Court summoned top government and police officials. The court said the matter was of “immense public importance… involves allegation of high-handedness by authorities resulting in violation of basic human and fundamental rights”.

Yesterday five policemen, including the Superintendent of Police, were suspended from Hathras district as the BJP government in the state tries to quieten the criticism.

The family of the young woman from Hathras has alleged multiple lapses from UP Police throughout the case, including not adding a rape charge against the four accused – all from the so-called upper castes – until a formal statement was made.

The police also triggered outrage after rushing to cremate the woman’s body at 2.30 am, after allegedly locking up her family in their homes and preventing them from saying a final goodbye.

Amid spiraling outrage, the Hathras police claimed the cremation was carried out with the family’s consent and some members were present. It turned out to be one uncle – not her parents – who was called and shown the cremation.

Police have also been criticised for manhandling of opposition leaders looking to speak to the young woman’s family. Earlier this week both Congress MP Rahul Gandhi and the Trinamool Congress’s Derek O’Brien were shoved to the ground by UP cops as they tried to reach Hathras.

Mr Gandhi is set to make another attempt this afternoon, but cops have already set up a barricade along the highway that connects Delhi to Noida in UP. Hathras DM Prem Prakash Meena told news agency ANI that Mr Gandhi would not be allowed to visit.

The 20-year-old woman, who died Tuesday at Delhi’s Safdarjung Hospital, suffered fractures, paralysis and a spinal injury after a savage assault that has been compared to the 2012 gang rape in Delhi. The police said there was a gash in her tongue; she had bitten it while being strangled.

Furious protests against the police and the government have been staged across the country, including one in national capital Delhi on Friday, where Chief Minister Arvind Kejriwal made an appearance and demanded that the four accused be executed.