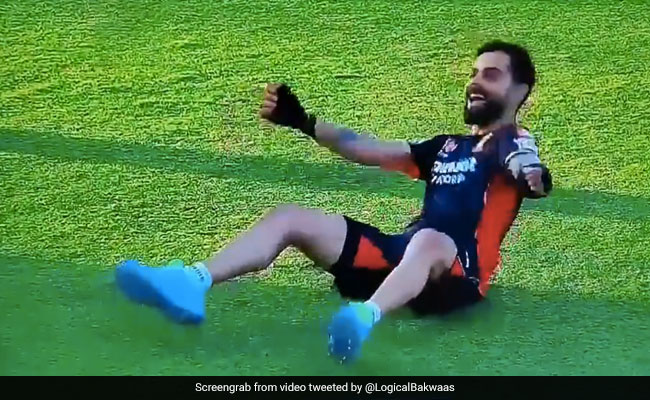 RCB vs KXIP: Virat Kohli shakes a leg before the game.

The video was shared on the microblogging platform by a Twitter user named Jatin. In the short clip, Kohli can be seen giving a fun twist to the pre-match warm-up with a huge smile on his face. Twitter is having a field day with the hilarious video of the dance performance ahead of the IPL 2020 clash.

Since being posted on Twitter last night, the 26-second clip has garnered over 4 lakh views and 26,000 ‘likes’.

For many Twitter users, the clip of Virat Kohli dancing translated into meme gold. Several people set it to Bollywood tunes. Watch with sound on:

Others shared the video with hilarious captions

When she tells you go and lock the door https://t.co/5bHI9FZxgD

Thursday’s match marked Virat Kohli’s 200th appearance for the Bangalore-based franchise. “RCB means a lot, not many understand that emotion. 200 games for them is unbelievable, I wouldn’t have believed it in 2008. It is an honour, they’ve kept me and I have stayed on,” said Kohli at the toss ahead of the match on Thursday.