The Greek PM has also introduced a tax incentive to promote the spread of electric vehicles in the country. 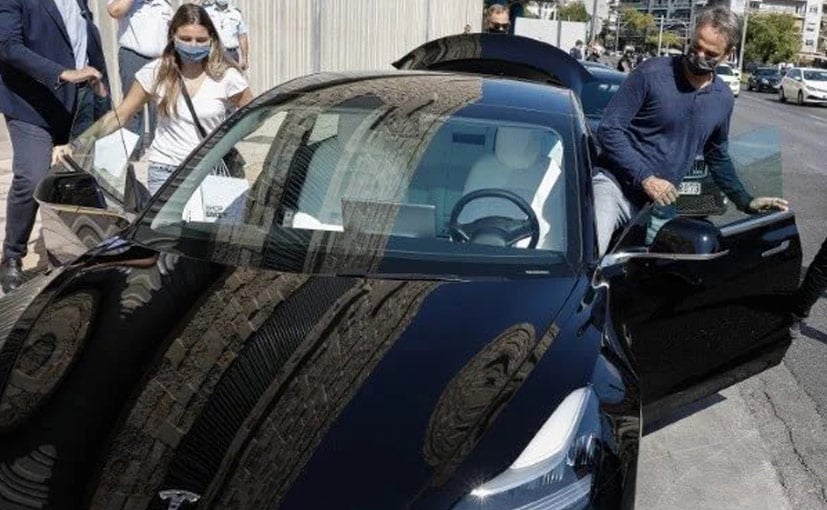 The Greek PM has also introduced a tax incentive to promote EVs in the country.

The Greek prime minister Kyrialos Mitsotakis has sent twitter abuzz when a photo of him entering the Tesla Model 3 emerged. The photo has gone viral so much so that Tesla founder and CEO Elon Musk has also liked the post. This comes after only recently the world’s most valuable auto company opened a pop-up store in the Greek capital city of Athens. Tesla is currently in the process of planning full-scale operations for the market.

Greece only has 1,000 EVs on its roads which is a ridiculously low number as it amounts to 0.3 per cent of the market. Mitsotakis may have unwittingly become a poster child for electric vehicles in the country. Usually, heads of states often have expensive vehicles which are also armoured and bulletproof. Instead, this Tesla Model 3 is also the most affordable Tesla car which makes this even more notable. The Greek PM has also introduced a tax incentive to promote the spread of electric vehicles in the country. As per Mitsotakis, the intent for the country to have one in three vehicles to be EVs which is an ambitious target considering the low penetration of the technology in the country. As is always the case, Tesla being the world’s most high profile and valued auto company, its entry in the Greek market could supercharge the adaption of EVs in the country.