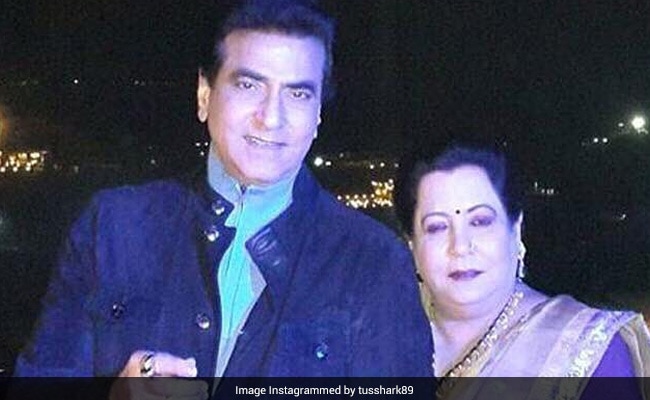 Happy anniversary, Jeetendra and Shobha Kapoor! On the couple’s special day, their son, actor Tusshar Kapoor, posted an adorable wish for the duo on social media. Sharing a picture of Jeetendra and Shobha from what appears to be an event, Tusshar wrote this special message for them: “Happy anniversary, Mom and Dad. Thank you for all your love….it has taught me how to be a superb Daddy. #sundayvibes #happiness #familyiseverything.” For those who don’t know, Tusshar Kapoor is a single parent to a son named Laksshya, who is 4 now. On Tusshar’s post, several fans of the veteran actor left congratulatory messages in the comments section.

Jeetendra and Shobha are also parents to producer Ekta Kapoor. A couple of days ago, she posted a vintage picture from Tusshar’s birthday that featured the whole family. “It was your b’day but I only want the cake,” she captioned the post. Check it out here:

Jeetendra, one of the top actors of the Seventies and Eighties, in known for his performance in films like Swarag Se Sundar, Jaal, Aisa Pyaar Kahan, The Burning Train, Locket, Sanjog, Yeh Desh, Aulad and Jaani Dushman.

Tusshar Kapoor was last seen in Booo Sabki Phategi. He will be next seen in Laxmii, which has been directed by Raghava Lawrence. The film features Akshay Kumar and Kiara Advani in the lead roles.