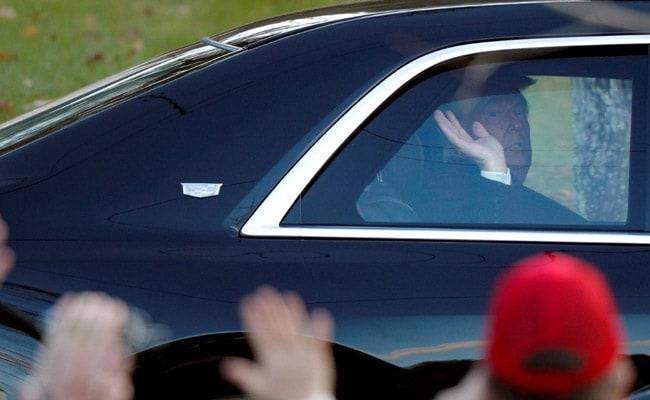 Stanford University economists estimate that President Donald Trump’s campaign rallies have resulted in 30,000 additional confirmed cases of COVID-19, and likely led to more than 700 deaths overall, according to a paper posted online this weekend.

The research, led by B Douglas Bernheim, chair of economics at Stanford University, analyzed data following 18 Trump rallies held between June 20 and Sept. 22, three of which were indoors. Bernheim said in an email the work relies on statistical methods to infer causation after an event has occurred.

Infectious disease experts have long suspected that the president’s rallies ahead of the Nov. 3 election might be so-called superspreader events. But so far, scientists have not been able to get a good read on their impact, in part because of a lack of robust contact tracing in many states.

What Is The Concern?

In recent months, Trump has held several dozen rallies in states such as Pennsylvania, Minnesota and Wisconsin, where coronavirus infection rates were already on the rise.

At each event, several thousand people were estimated to have participated. While most of the rallies were held outdoors, video footage show that participants gathered in close proximity and many were not wearing masks, creating a risk of spreading the virus as they cheered their candidate on.

“It’s not a major stretch” to say that large unmasked gatherings are likely to spread the virus, said Dr. Amesh Adalja, an infectious disease expert at Johns Hopkins Center for Health Security.

Adalja said the Stanford paper was “suggestive” of spread from the events, but not definitive because it was not based on an investigation of actual cases. That would help confirm whether participants were exposed to the virus at the event, rather than other places where transmission is rampant.

What Do We Know?

Minnesota public health officials have attributed four COVID-19 outbreaks and more than 25 cases to Trump rallies held in the state in September and October.

An additional 11 state health departments contacted by Reuters said they had not been able to trace infections to the rallies, although some, including Michigan and Wisconsin, have determined that individual people who later tested positive for COVID-19 were present at Trump campaign events.

What Data Are Needed?

Disease experts say that rigorous contact tracing from one such large event could help arrive at an accurate prediction of how infectious such rallies can be.

But the United States has fallen behind other developed countries in this regard, due to a lack of funding and coordination for contact tracing by the Trump administration.

“The problem is we’ve not done anything to get real numbers,” said Dr. Eric Topol, a genomics expert and director of the Scripps Research Translational Institute in La Jolla, California. Instead, it is subject to conjecture and mathematical models.

For example, scientists can use gene sequencing to trace minute changes in the genetic code of the virus as it passes from one person to another, allowing them to develop a map of where the virus travels. Such work has been used outside the United States, including in Australia and Hong Kong, to trace COVID-19 outbreaks.

“If we even had one rally where there was definitive tracing, then you could extrapolate. But we’ve had none. Our country has performed as if contact tracing doesn’t exist,” Topol said.