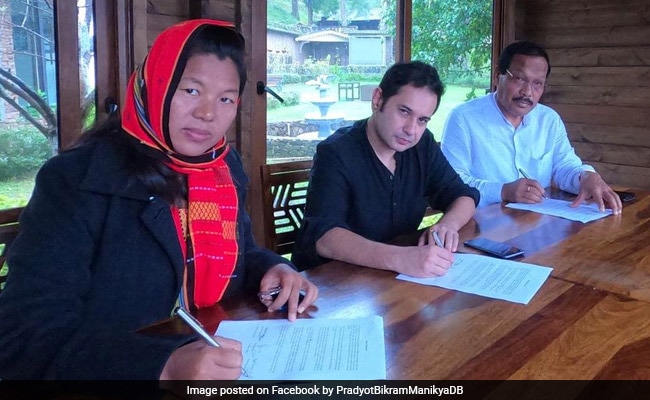 The three parties finalised the new regional political formation in Tripura on Saturday.

Mr Deb Burman, who had left the Congress over differences with the high command, is expected to corner the BJP-led government on two of the pet projects – the NRC and the CAA.

On Saturday, in an all-important meeting held in Shillong, the three parties finalised this new regional political formation in Tripura.

The two-day meeting was held from October 1, on the initiative of Pradyot Manikya Deb Burman.

Pradyot Manikya had resigned as Tripura Congress president and as well as from the Congress membership last year and was on a political hibernation until he recently formed The Indigenous Progressive Regional Alliance (TIPRA). TIPRA acted as an umbrella organisation for various tribal-based organizations, civil society groups and NGOs.

Sources added that the BJP had also tried to woo him, but he was of the opinion to keep distance from both the Congress and the BJP.

A joint press release issued by the three parties after the Shillong meeting said the front would work for the people of Tripura. They will work on NRC, CAA, identifying and eliminating illegal voters from the voter list, forest rights law, giving more power to the ADC (Autonomous District Council), direct funding to the ADC, restoration of illegally transferred land among other things.

A coordination committee will be formed with the leaders of the three parties to work jointly.

Political Watchers believe that Mr Deb Burman’s reemergence in Tripura’s political arena is bad news for BJP and its ally IPFT. With a huge following among youngsters not only in Tripura, but across the northeast he might emerge as a strong opposition face to the BJP , they added.