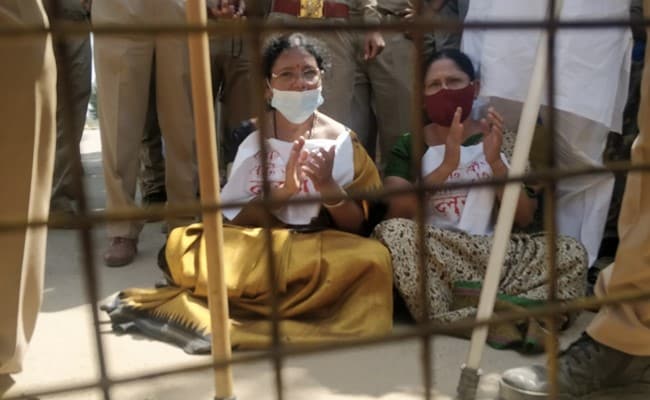 Trinamool Congress leaders were seen sitting on road as they protested against Hathras incident.

Trinamool Congress MP Derek O’Brien, along with several other party leaders, were allegedly stopped this morning when they were on their was to Uttar Pradesh’s Hathras where a 20-year-old was gang raped and tortured about two weeks ago. She died at a hospital in Delhi on Tuesday, triggering nationwide outrage.

“A delegation of Trinamool MPs that traveled about 200 kms from Delhi has been stopped by UP Police from entering Hathras,” a statement by the party said, adding they “were traveling separately to express solidarity with the grieving family and convey their condolences”.

“We are peacefully proceeding to Hathras to meet the family and pay our condolences. We are traveling individually and maintaining all protocols. We are not armed. Why are we stopped? What kind of jungle raj is this that elected MPs are prevented from meeting a grieving family. At this moment, we are just 1.5 km from the victim’s home in Hathras,” the statement quoted one of the MPs as saying.