The leaked brochure images are of the Indonesia-spec Innova Crysta and Innova Crysta Touring Sport, which are are sold as just Innova and Venturer. However, the India-spec model is likely to get most of these features when Toyota launches the car in India. 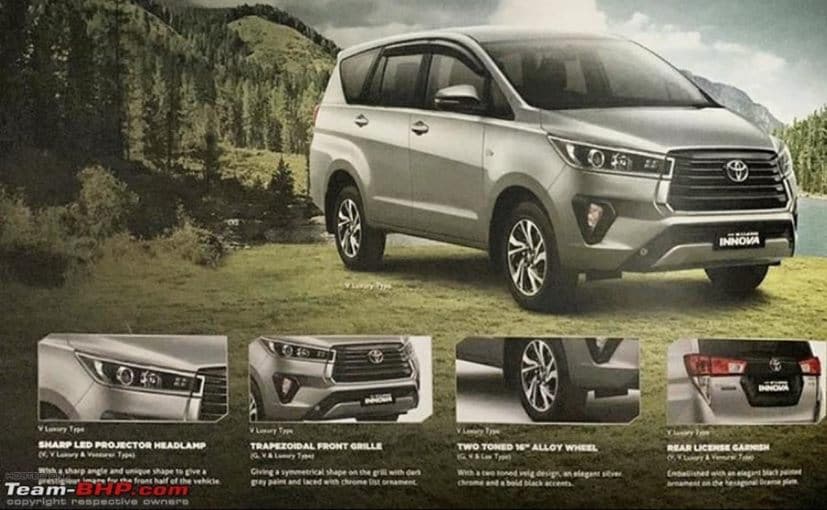 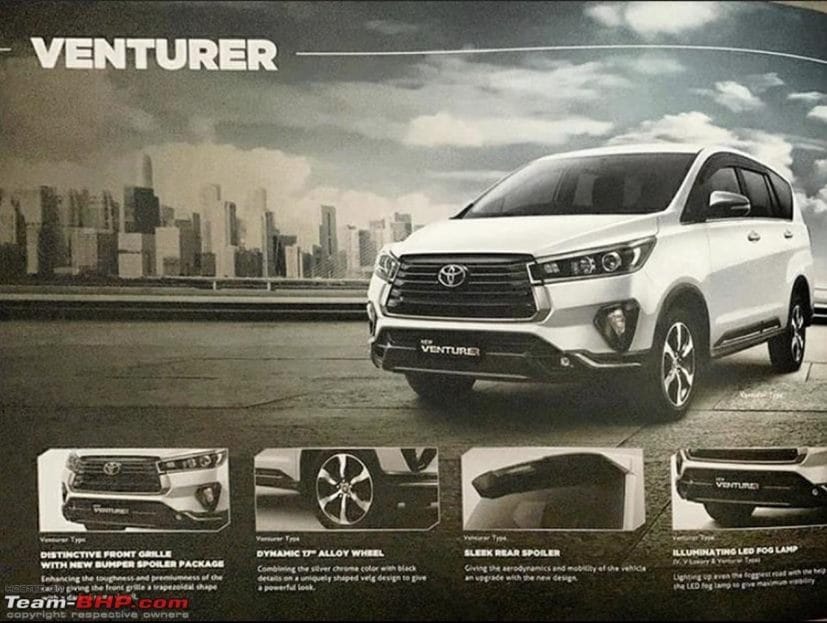 The brochure reveals that the updated Toyota Innova (Crysta) will come with a new trapezoidal grille with back horizontal slats and thick chrome surrounds. The headlamps have become sharper and come with LED projectors and integrated LED DRLs. The MPV also comes with a new bumper with a faux skid plate and new fog lamp housings. The brochure also reveals new dual-tone 16-inch alloy wheels, and new black tailgate garnish around the number plate housing, while the taillights remain unchanged. The Touring Sport version or Venturer will come with similar features but in black treatment, including a sporty black bumper spoiler package, LED fog lamps, larger 17-inch alloys, and a larger, black roof spoiler. The Touring Sport version or Venturer gets larger 17-inch alloys, and a larger, black roof spoiler. 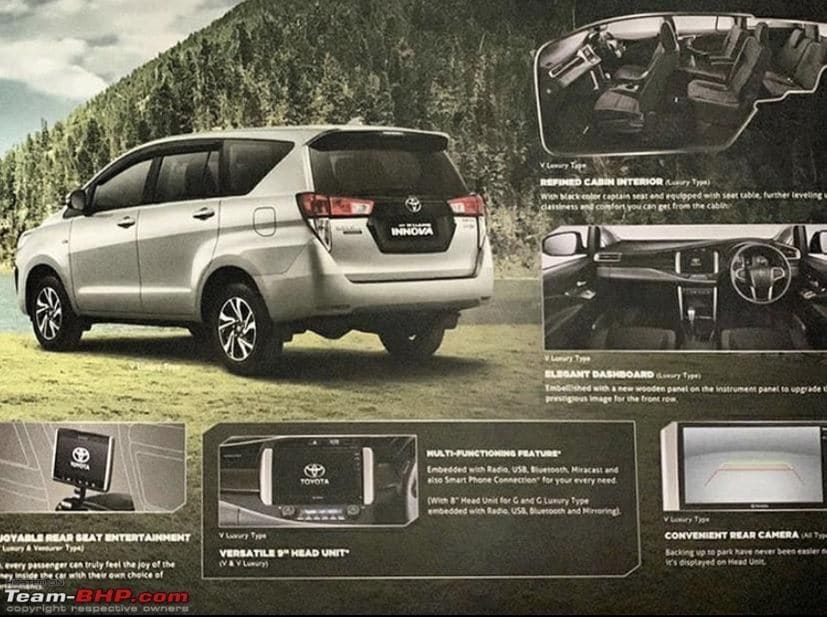 The facelifted Toyota Innova Crysta will continue to get the BS6 compliant 2.7-litre petrol and 2.4-litre diesel engines in India

Currently, the Toyota Innova Crysta and Touring Sport models are powered by the same BS6 compliant 2.7-litre petrol and 2.4-litre diesel engines. The former is tuned to make 164 bhp and 245 Nm of peak torque, while the oil burner churns out 148 bhp, and offers in two different torque outputs 343 Nm and 360 Nm depending on the variant. Transmission options include a 5-speed manual and a 6-speed automatic transmission. The India-spec model will continue to come with this same setup.

2021 Honda Forza 350 Unveiled; Likely To Be Launched In India Next Year

Harley-Davidson LiveWire Recalled In The US

How Techie Is The Nissan Magnite?