To Save Aircraft Carrier Viraat From Being Broken Up, Petition In Court 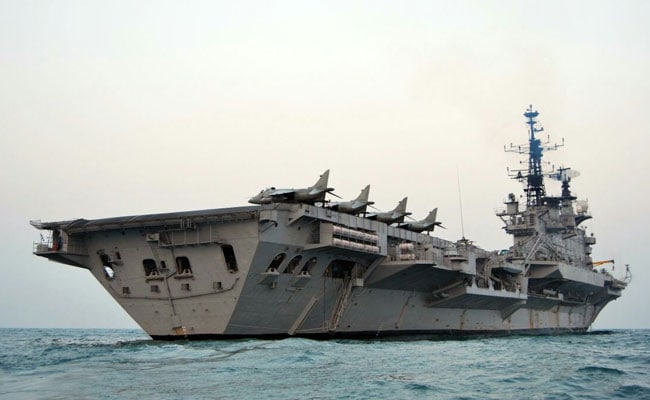 The battle to save  the decommissioned Indian Navy carrier, Viraat, from being broken up for scrap has reached the Bombay High Court, with a Mumbai-based company filing a petition that will be heard on November 3. The vessel was towed into the shipyards of Gujarat’s Alang in September amid efforts to convert it into a maritime museum.

“We have filed a writ petition in Bombay High Court this evening. Date assigned by the High court was November 3,” said sources in the Envitech Marine Consultants Pvt Ltd, which is working in partnership with the government of Goa.

Sources said the objective of the petition is to “get clearance from the Ministry of Defence and hold up the beaching of the ship”.

In July, the company — which provides end-to-end marine solutions — had submitted a detailed project report to the Defence Ministry. It had also reached out to Mukesh Patel, chairman and managing director of Gujarat-based Shree Ram Group, which won the bid to buy the ship and break it for scrap.

Mr Patel had said that he was ready to sell the ship for Rs 100 crore.
But there was a condition. He was ready to transfer the ship only if there was no litigation involved in the potential sale.

“I will transfer it to anyone who comes with a No Objection Certificate from the government and is willing to relocate the ship at their own expense,” he had told NDTV.

“I am a desh-bhakt (patriot)… I bought the ship to give it some atma shanti (peace to the soul),” he had told NDTV, underscoring that this was why he had brought down the price from Rs 125 crore to Rs 100 crore.