Thomas Healy, 28, Just Became A Billionaire. Some Luck Was Involved 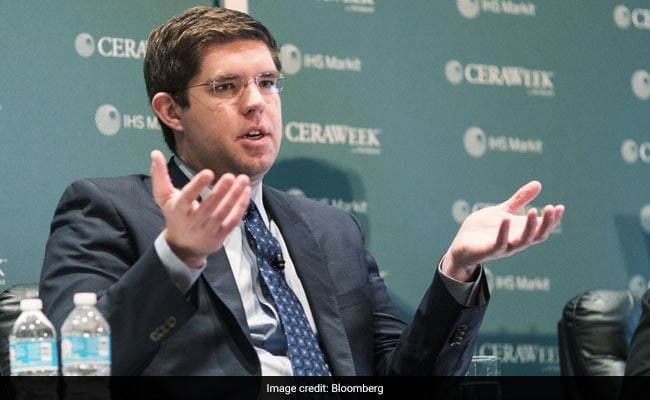 “We were fortunate on timing,” said Thomas Healy, the firm’s chief executive officer.

Thomas Healy was secretly arranging a deal to turn his Texas-based truck electrification startup into a publicly traded company when the coronavirus pandemic struck.

The crisis halted many transactions, but not the one between special-purpose acquisition vehicle Tortoise Acquisition Corp. and Hyliion Inc., which Healy founded in 2015.

The company created from the merger — Hyliion Holdings Corp. — began trading Friday in New York after shares in Tortoise surged more than 300% ahead of a shareholder vote last month. Healy’s stake is now worth more than $1.4 billion, making him one of the world’s youngest self-made billionaires. Still, the 28-year-old knows luck was involved.

“We were fortunate on timing,” said Healy, the firm’s chief executive officer. “If we were trying to close right when the stock market was on that downswing, we might have been having different discussions.”

There is growing skepticism of the blank-check phenomenon as such deals have proliferated in recent weeks. SPACs are now getting scrutiny from the U.S. Securities and Exchange Commission, which wants to ensure investors are receiving appropriate disclosures about insiders’ pay structures.

Bloomberg spoke with Healy ahead of his ringing the opening bell on Monday to start trading on the New York Stock Exchange. Comments have been edited and condensed.

How did the deal come about?

In the first quarter, we kicked off our next financing round. Going public and being able to bring in more capital than we would staying private was attractive. From that, we considered: do we go down the conventional IPO route? Or do we want a SPAC process? We saw a lot of efficiencies with SPACs. You’re really negotiating a deal with an organization as opposed to going on a roadshow for an IPO that may — or may not — be successful. We met with the Tortoise team introduced to us through investment bank Marathon Capital. That was the moment of ‘OK. Let’s do this!’

Thoughts on the SPAC craze?

SPACs have definitely gotten a lot of attention. Nikola was really the first to kick it off this year. We were already in the process of our transaction by then. From our end, it was a very natural process with Tortoise. We were just going through a conventional financing fundraising process, and then we saw this as the best path.

How did you start Hyliion?

Growing up, I raced cars. I spent a tremendous amount of time at racetracks driving vehicles. Our equipment was shipped in tractor trailers, so I got to know about trucks through that. Then when I was in college, studying mechanical engineering, I had an interest in electric vehicles. Tesla was just starting to become known then, and I thought: Why do we have electric technology in cars and not in trucks yet, since trucks are where you can have the biggest impact? They drive 100,000 miles a year and there’s still a lot of greenhouse gases that come from them. So it was this thinking of, let’s take this mega trend — a shift to electrification — and apply it to this industry.

What keeps you busy outside of work?

I’m a gearhead at heart. I love working on cars, souping them up and putting turbo chargers on them. If I can spend a Saturday working on a vehicle, that’s class. My daily driver is a Tesla, which is very fitting for what we’re doing. I’ve also got an Ariel Atom, a two-seater that’s like a big go-cart.

Our goal is you’ll be driving down the highway and the trucks you see will have Hyliion powertrains. There will be other trucks that are electric as well, taking a different approach. We hope all these technologies are successful as ultimately we’re trying to make this shift to electric. The more people are focused on that, the better off we’ll all be.

How are you celebrating the deal?

Normally you’d have hundreds of people come to the stock exchange. It’s obviously a smaller group for us, but we’ll do our best to celebrate. All our team on Monday can livestream the ringing of the bell. We’ll figure out a way to get them some breakfast tacos and give them at least a few hours to sit back and celebrate as this process has been a full company effort.