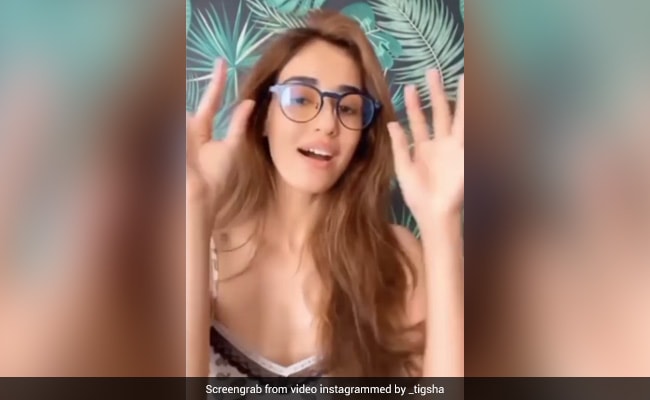 Disha Patani in a still from the video. (courtesy _tigsha)

Disha Patani shared a video on her Instagram story recently and it is going insanely viral. To begin with, the actress can be seen grooving in the video and not just to any song but to the track Unbelievable, which marks her rumoured boyfriend Tiger Shroff’s debut as a singer. The video, which was originally posted by Disha on her Instagram story on Saturday, has been curated by several fan pages dedicated to her on Instagram and it is spreading like wild fire on social media. In the video, a bespectacled Disha Patani can be seen happily grooving to the track.

Check out the viral video here:

Last week, Tiger Shroff asked his fans to participate in the #YouAreUnbelievable dance challenge. He wrote: “It’s pretty lonely dancing all by myself. Can’t wait for you guys to join in on the #YouAreUnbelievable dance challenge.” Disha Patani wrote “wow” and dropped a few emoticons in the comments section of Tiger Shroff’s post.

ICYMI, this is what we are referring to: 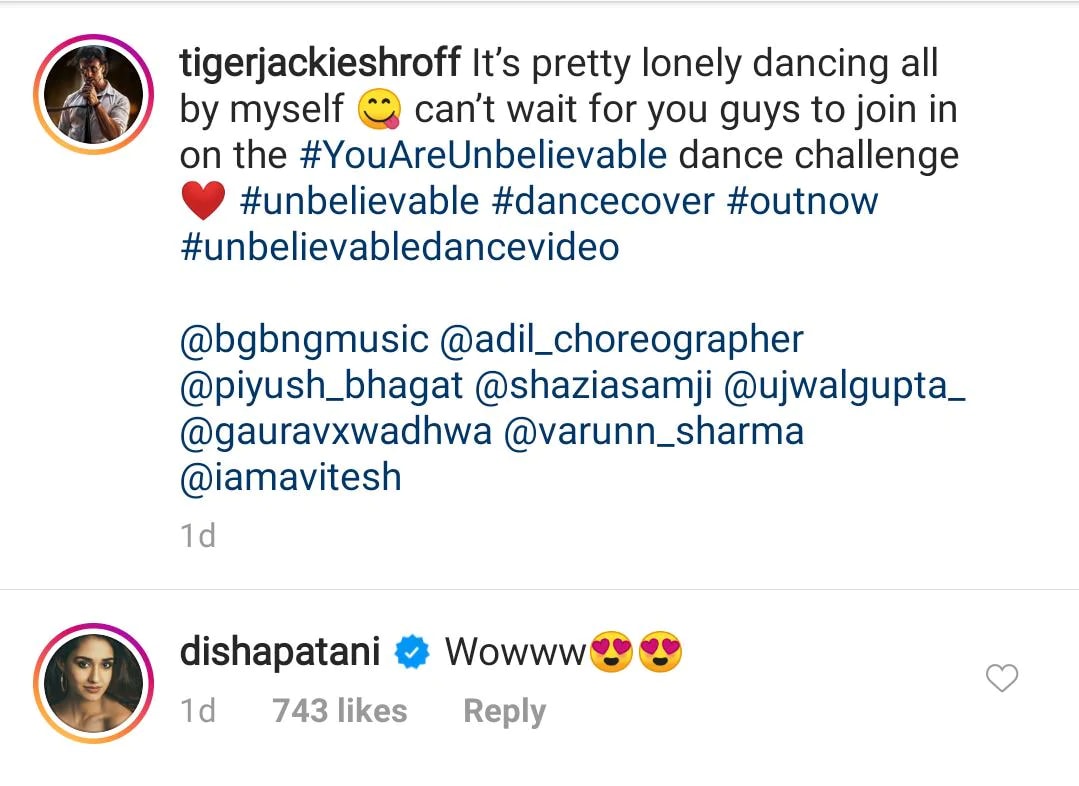 Disha Patani and Tiger have worked together multiple times. The duo first shared screen space in the music video Befikra. They later co-starred in the 2018 film Baaghi 2. Earlier this year, Disha featured with Tiger Shroff in the Baaghi 3 song Do You Love Me.

Disha Patani’s last project was Mohit Suri’s Malang, co-starring Anil Kapoor, Aditya Roy Kapur and Kunal Kemmu. She will next be seen in Prabhu Deva’s Radhe: Your Most Wanted Bhai, which will be her second project with Salman Khan after Bharat. The film will also star Jackie Shroff and Randeep Hooda.

The actress stepped into Bollywood with the 2015 sports biopic MS Dhoni: The Untold Story, co-starring late actor Sushant Singh Rajput. She later featured in films such as Baaghi 2 and Kung Fu Yoga, among others.