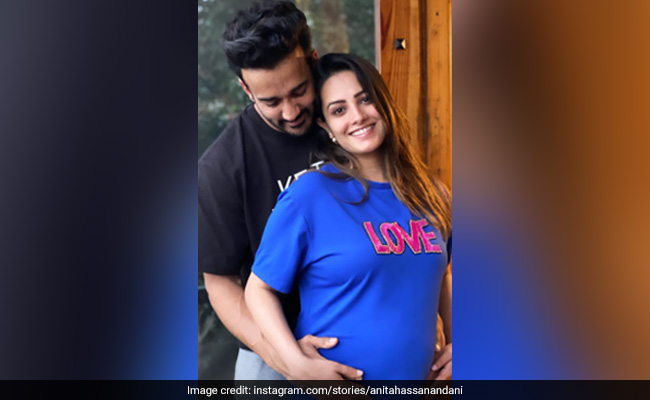 Mom-to-be Anita Hassanandani, who has actively been sharing posts from her maternity diaries, added another one to her Instagram stories on Sunday evening. The TV star posted a mushy picture with her husband Rohit Reddy. In the picture, the couple can be seen smiling with all their hearts and it’s easy to guess why, they are expecting their first child together, after all. Anita can be seen dressed in a blue t-shirt, while Rohit complements her in a black tee. Anita Hassanandani married Rohit Reddy in the year 2013. The couple also participated in the dance reality show Nach Baliye Season 9, which aired in 2019. 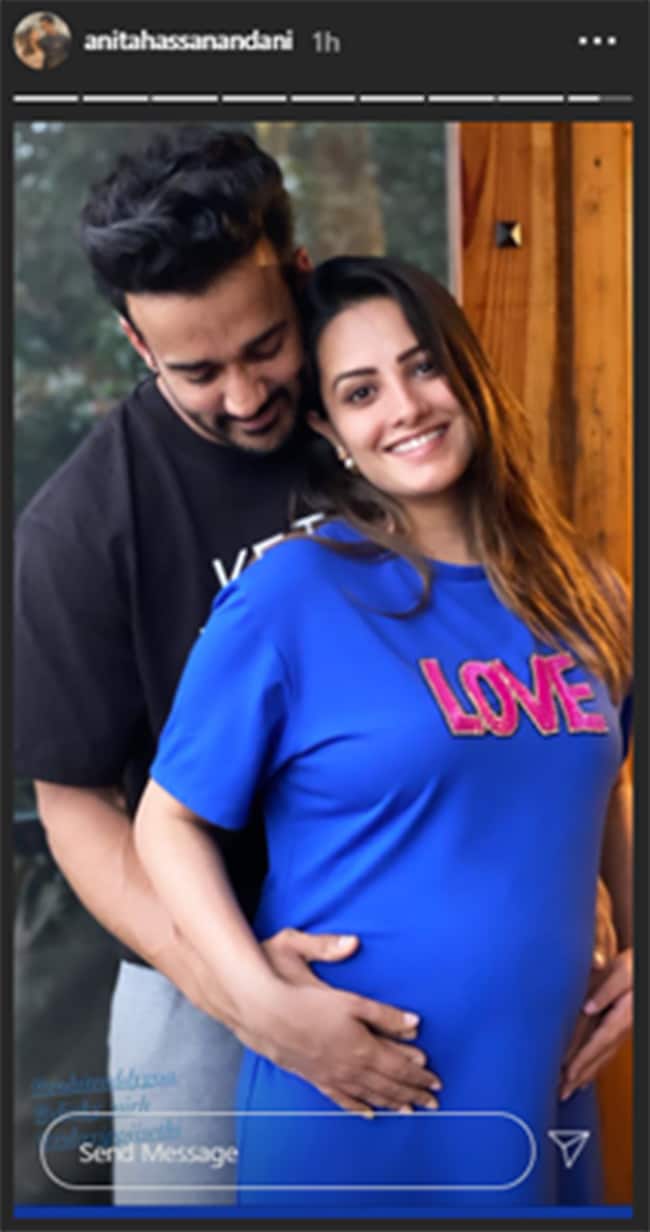 Last week, the couple celebrated their wedding anniversary and babymoon together. Sharing pictures from the festivities, Anita wrote in her caption: “Babymooniiversary. In pics you’ll also find the biggest baby, swipe right.”

The couple shared the big news of their pregnancy on social media last week. “Getting ready for Reddy,” Anita wrote in an Instagram video, while Rohit Reddy captioned his post, “No visual effects here! That bump is real.”

Anita Hassanandani is best known for starring in popular TV shows such as Ye Hai Mohabbatein, Kabhii Sautan Kabhii Sahelii and Kkavyanjali, to name a few. She has also starred in movies like Kucch To Hai and Krishna Cottage. Anita was last seen in a brief appearance in the TV show Naagin 4. She played the role of Vishakha Khanna.

Other than TV shows, the actress has also worked in several Telugu, Kannada and Hindi films such as Sreeram, Veera Kannadiga, Aadanthe Ado Type, Yeh Dil and Hero, to name a few.

Centre Has Data On Bomb-Making Factories But Clueless On Migrant Labourers: Trinamool