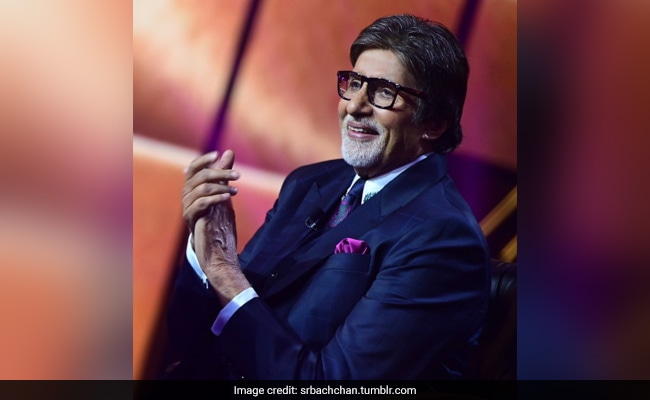 Tonight’s episode of Amitabh Bachchan’s quiz show Kaun Banega Crorepati 12 was a memorable one for contestant Chhavi Kumar. She won Rs 50,00,000 on the show, becoming the first contestant of this season to reach the higher level of prize money. Chhavi Kumar exhausted all of her lifelines for answering the questions upto Rs 50,00,000 in yesterday’s episode and when Big B asked her this question for Rs 1 crore – After which Greek goddess is the US space program to land the first woman and next man on the moon by 2024 named? – on tonight’s episode, she was unable to pick the correct answer and decided to quit the show. Super impressed by Chhavi Kumar’s performance on the show, Amitabh Bachchan also announced that the makers of the show have decided to give her daughter Vedantu’s Rs 5 lakh scholarship for her studies.

The next contestant to win the Fastest Finger First round was Maulik Vyas from Gujarat. He played the game till Rs 1,60,000 on tonight’s episode. The third contestant to make it to the hot seat was Shivani Sankpal from Pune, Maharashtra. She is a design engineer.

Meanwhile, also check out some of the questions asked on tonight’s episode of Kaun Banega Crorepati 12:

#In which language did Sarojini Naidu write her play “Maher Muneer”?

#In the Ramayana, by killing whom by mistake did Dasharatha get the curse that he would die from being separated from his sons?

#Who did Vijay Rupani succeed as the Chief Minister of Gujarat?

#Which of these has never been an official Olympic sport?