The Internet Is Obsessing Over This Throwback Pic Of Milind Soman 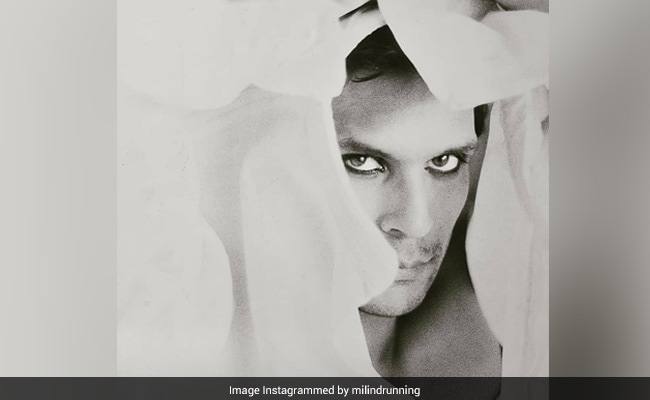 Milind Soman, making the best use of Throwback Thursday, shared a new blast from the past and the Internet loves it. The model-turned-actor made a trip down memory lane and posted an old photo of himself that appears to be from his modelling days. In the image, Milind can be seen sporting kajal. Sharing the photo, Milind Soman wrote, “Boo…# #Throwbackthursday.” Soon after he posted the throwback image, his fans started dropping comments like “Kajal looks good on you Milind” and “Your eyes speak.” One of the users wrote: “The only man whose eyes speak more than words… My first crush.”

Check out the photo here:

Milind Soman has a lot of pictures in his throwback pitara and he shares them from time to time. Most of his pictures are from his modelling days, which he shares with interesting anecdotes. In August, he shared a glimpse of his look from “pre-modelling days” and wrote: “Some people wanted to see a throwback pic from pre modeling days, so here it is! It’s a rare one, taken sometime in the late eighties, and like I said, being very shy, I was not a fan of being photographed. I might have been just out of college!”

Before that, this black-and-white throwback photo of Milind Soman trended for days on social media.

In terms of work, Milind Soman is best-known for featuring in the music video Made In India. He has also starred in films such as 16 December, Rules: Pyaar Ka Superhit Formula, Say Salaam India and Bajirao Mastani. He was last seen in the second season of web-series Four More Shots Please!. He has co-judged two television shows – India’s Next Top Model and Supermodel Of The Year.