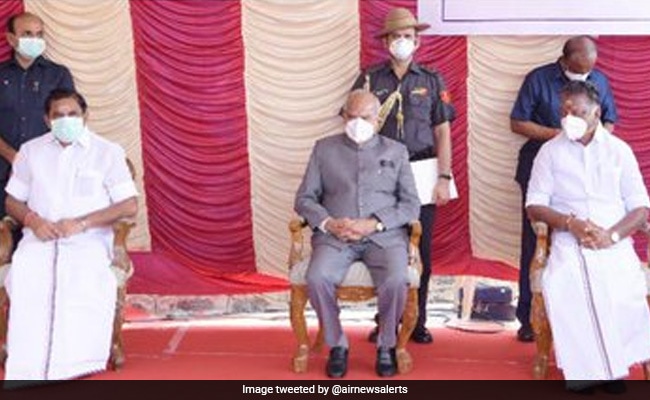 Chief Minister K Palaniswami and Deputy Chief Minister O Panneerselvam together took part in public events in Chennai on Friday for the first time days after they crossed swords over who should be the ruling AIADMK’s chief ministerial candidate for 2021 assembly elections.

The twin events of Gandhi Jayanathi and the death anniversary of former Tamil Nadu chief minister K Kamaraj brought the two leaders together as they took part in the official functions paying tributes to the late leaders.

It assumed significance since Panneerselvam, the AIADMK coordinator, had kept himself away from some official events chaired by Mr Palainiswami amid reports of a rift between them on the leadership issue.

Mr Panneerselvam did not take part in a COVID-19 review meeting of District collectors on Tuesday while he was not invited to a project launch event here on September 30, both presided over by the chief minister.

Also, the deputy Chief Minister did not attend the “One Nation, One Ration Card” scheme launch by Palaniswami at the Secretariat on Thursday and in the evening he visited temples in nearby Tiruvallur district.

Mr Panneerselvam had also been holding discussions with his loyalists besides other leaders.

On September 28, both Panneerselvam and Palaniswami had a heated debate at the AIADMK Executive Committee meeting on the issue of chief ministerial candidate for the next year’s assembly elections.

Following the discussions, the party said the two would annnounce on October 7 the chief ministerial nominee.