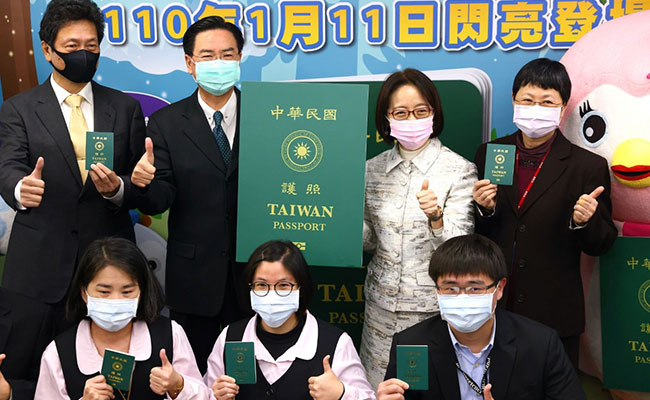 Taiwan rolled out a newly redesigned passport on Monday that gives greater prominence to the island’s day-to-day name, aiming to avoid confusion with China amid the COVID-19 pandemic and Beijing’s stepped-up efforts to assert sovereignty.

Existing Taiwanese passports have “Republic of China”, its formal name, written in large English font at the top, with “Taiwan” printed at the bottom, creating confusion internationally according to the government.

During the early days of the pandemic Taiwan says some of its citizens were confused with Chinese nationals and on occasion unfairly subject to the same COVID-19-related entry bans when the disease was well under control in Taiwan though not in China. The new passport enlarges the word “Taiwan” in English and removes “Republic of China”, though that name in Chinese and in small English font around the national emblem remains.

Bureau of Consular Affairs Director General Phoebe Yeh told Reuters that as of mid-morning Monday, they had received more than 700 applications for the new passport, compared with a daily average of 1,000 typically.

“The purpose is to increase the visibility of Taiwan so that our people will not be mistakenly identified as coming from China when they travel abroad,” she said.

Chen Li-ting, one of the first to apply for the new passport, said the change was “fantastic”.

“I thought it would happen sooner or later. That is, sooner or later the word Taiwan would appear more and more. And in the future Republic of China will perhaps disappear,” he said.

China, referring to the new passports, has said it does not matter what “petty moves” Taiwan made, it would not change the fact that Taiwan was an inseparable part of China. China claims democratic Taiwan as its sovereign territory, and says only it has the right to speak for the island internationally, a position it has pushed strongly during the pandemic, especially at the World Health Organization (WHO).