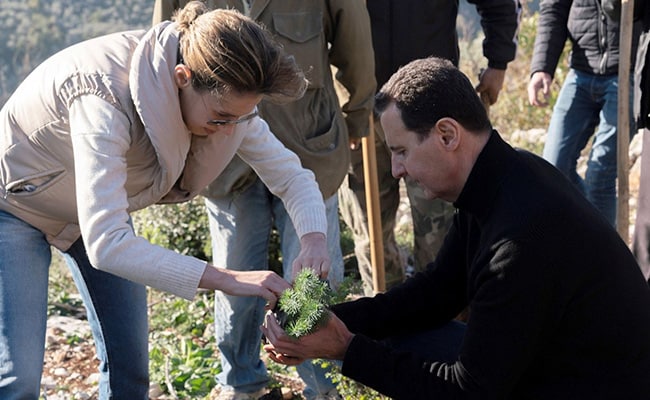 “After experiencing mild symptoms that resemble… Covid-19, President al-Assad and first lady Asma Al-Assad took a PCR test, and the result showed that they are infected with the virus,” the presidency said in a statement.

“They are in good health and their condition is stable,” it said, adding that the couple will quarantine for up to three weeks.

The government has recorded 15,981 cases of Covid-19, including 1,063 deaths in government-held areas.

In the Kurdish-held northeast, the Kurdish administration has announced a total 8,689 cases and 368 deaths.

Members of the government are set to receive jabs as part of the World Health Organisation’s Covax initiative by the end of this month.

The WHO, the UN children’s agency UNICEF and the Gavi vaccine alliance, said they would help Syria get jabs to cover initially at least three percent of an estimated 20-million-strong population, and aim for 20 percent by the end of the year.

Syria has also authorised the use of Russia’s Sputnik V coronavirus vaccine, according to its embassy in Moscow.

The conflict in Syria since 2011 has killed more than 387,000 people and ravaged a healthcare sector struggling to cope with a mass outflux of professionals.

The health ministry this month warned of a surge in infections, urging compliance with coronavirus measures.

Since the start of the coronavirus outbreak last year, Damascus has struggled to enforce strict restrictions because of a stringent economic crisis compounded by a devaluation of the local currency on the black market.

Markets and public transport have maintained their usual bustle despite the pandemic, with many even foregoing face masks.