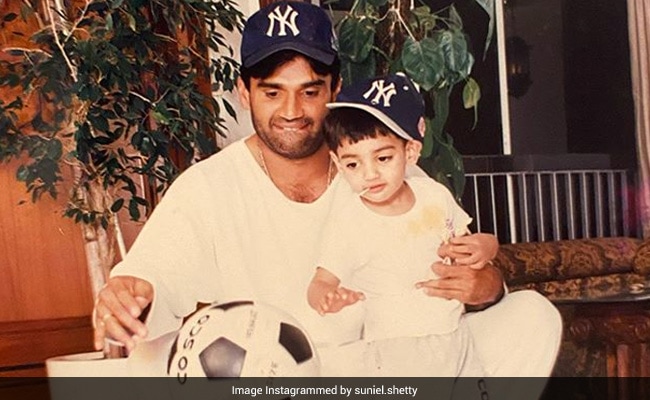 On Daughter’s Day, Suniel Shetty dedicated this post to Athiya, writing: “The honour of being a father to a daughter is one of the greatest experiences a man can have … if only every daughter could see herself thru her father’s eyes.”

Earlier, Suniel Shetty had described Ahan as a “Chip off the old block.” This photo will explain his caption better.

Suniel Shetty had cracked the Internet up with this “Sadhu aur Saitaan” photo of pint-sized versions of Athiya and Ahan.

Ahan Shetty is all set for his Bollywood debut with a remake of 2018 Telugu blockbuster RX 100, which he began filming a year ago. Directed by Milan Luthria, the film also stars actress Tara Sutaria. Meanwhile, Athiya Shetty made her Bollywood debut with the 2015 movie Hero. She has also featured in films such as Mubarakan, Nawabzaade and Motichoor Chaknachoor.