Suhana Khan Tried To Dress Up Like Ariana Grande. So, How Did She Do? 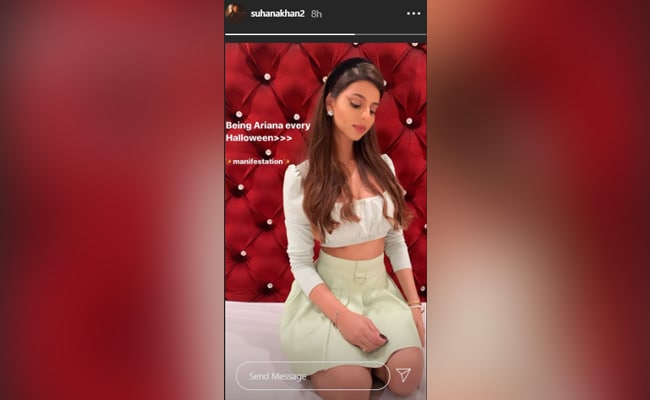 Shah Rukh Khan and Gauri Khan’s daughter Suhana Khan shared a picture from her low-key Halloween celebrations this year. On her Instagram story, Suhana posted a stunning picture of herself in her Halloween special look. Her inspiration – singing sensation Ariana Grande. In the picture, Suhana can be seen dressed in a mint green top with a matching skirt. She also styled her hair like the singer, with a black hairband. She captioned the post: “Being Ariana every Halloween. Manifestation.” We think Suhana did a pretty good job. Take a look at Suhana’s Halloween look here: 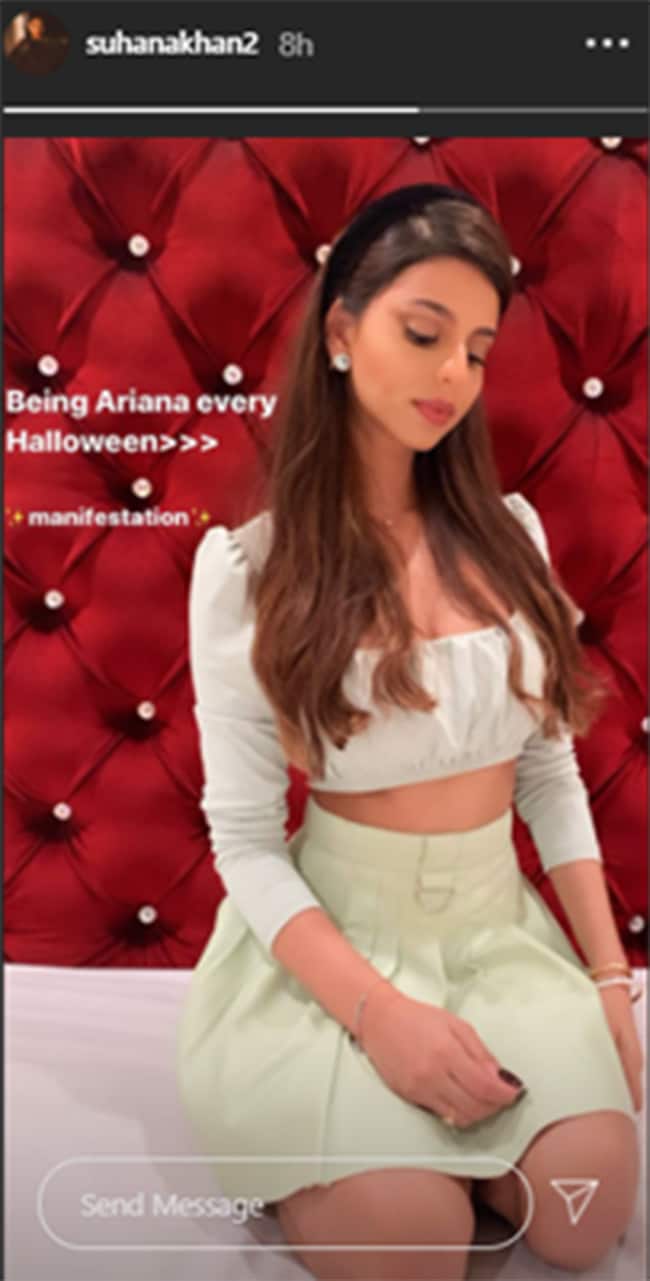 Meanwhile, Suhana is currently in UAE with her family (because of IPL, where SRK owns one of the teams), she keeps her Instafam updated with posts. Check out some of the posts here:

A few months ago, Suhana Khan featured on the list of trend after she shared a strongly-worded post in which she called for ending colourism. Suhana revealed in her post that she has been disparaged for the way she looks ever since she was 12. “I hope it helps to know that I’m 5″3 and brown and I am extremely happy about it and you should be too,” read an excerpt from her post.

Suhana Khan has inherited her love for acting from her father Shah Rukh Khan. She studied films at England’s Ardingly College and is currently a student at the New York University. Suhana also featured in a short film titled The Grey Part Of Blue, directed by Theodore Gimeno.