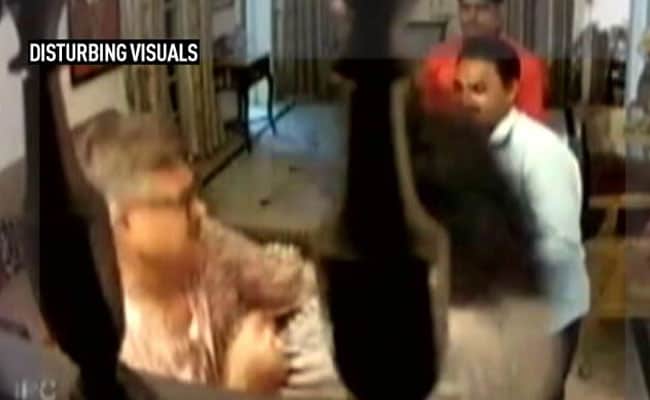 Senior Madhya Pradesh police officer Purushottam Sharma, who was caught on video assaulting his wife, has been suspended. A Director General-rank officer, Sharma had justified his actions, calling it a “family dispute” and insisting that it was “not a crime”.

In the widely-shared video, Sharma – a 1986 batch IPS officer – is seen arguing with his wife. In seconds, he holds her, pins her to the floor and thrashes her.

Two other men can be seen in the room, with one of them coming near the couple. A pet dog is seen barking and walking around the room as the wife is being assaulted.

The officer is also seen showing injuries on his hand even as he continues yelling at his wife.

As Oil At $70 Challenges Global Economic Recovery, What India May Face due to spike in oil prices