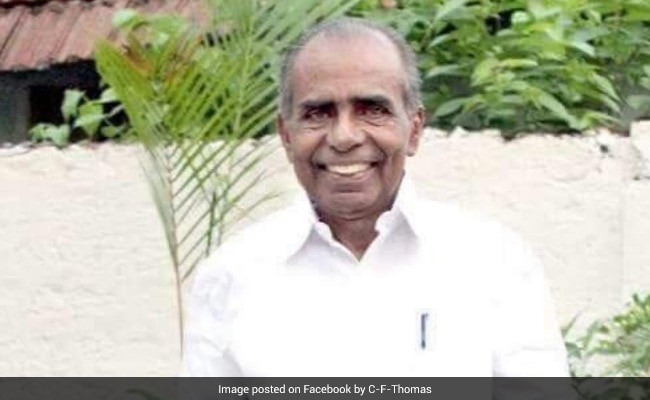 He had been undergoing treatment for some ailments, they said.

CF  Thomas, who had been representing Changanassery constituency in the Assembly since 1980 without any break, was also the Minister for Rural Development, Registration, Khadi and Village Industries in the Congress-led UDF government during its 2001-2006 tenure.

C F Thomas got associated with the P J Joseph faction in the Kerala Congress(M) due to the rift between two groups in the party following Mani’s death in April last year.

Commencing his political activities while he was a student, Thomas joined the Indian National Congress and then became Vice-President of Changanassery Town (West) Mandalam.

He joined Kerala Congress on its formation and rose in the party ranks.

He also held the post of state General Secretary and Chairman of Kerala Congress (M).

H-1B Visa Overhaul Could Be In Jeopardy