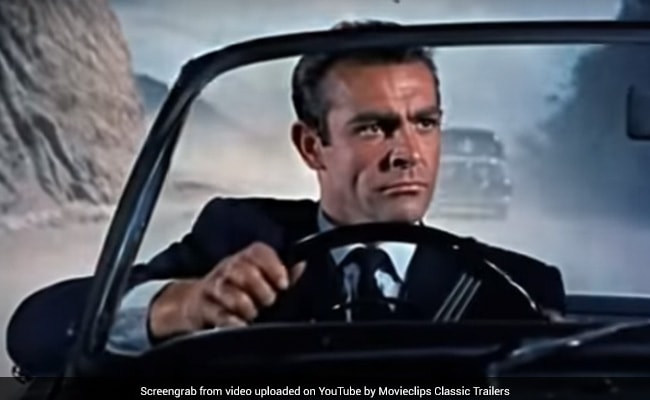 Sean Connery in a still from Dr. No. (courtesy YouTube)

Cinema’s first James Bond Sean Connery, who has died aged 90, brought his distinctive Scottish twang to a wide range of roles, from gangster epics to classic Hitchcock psychodrama. Here are seven of his most memorable screen appearances.

In the first screen outing for British agent James Bond, Connery mixed macho toughness, good manners and grace for a role he would hold in seven films all told – six official and one made outside the franchise. In this adaptation of Ian Fleming’s 1953 novel, Bond is sent to Jamaica, leading him to the reclusive scientist Dr. No whose sinister black metal hands have deadly strength.

Made at the height of Alfred Hitchcock’s fame, this chilling suspense film helped to expand Connery’s repertoire and raise his profile beyond 007. Tippi Hedren played Connery’s troubled young bride Marnie whose spiralling psychological state takes them on a disturbing path back to the source of all her problems – her mother.

Sidney Lumet’s uncompromising drama about a sadistic military camp in the Libyan desert showed a whole new Connery who was not afraid to put himself or his audience through hell. The pair worked again in 1973 on the even more edgy, The Offence, with Connery as a detective trying to break a sex offender. In between, Connery showed his social conscience again in his documentary, The Bowler and the Bunnet – the only film he would direct -about the chasm between the classes in his native Edinburgh.

With their shared Irish roots, Connery said he had a ball with director John Huston making this rollicking yarn drawn from a Kipling story of two British Indian army privates who are taken for gods in the remote land of Kafiristan. Even though it did not win an Oscar, both Connery and co-star Michael Caine regarded it as the best film that either of them made.

In a role that earned him a British BAFTA, Connery donned a long-hooded robe for this adaptation of Umberto Eco’s blockbuster novel about a monk in 14th-century Italy who investigates a mysterious death in his abbey, assisted by a novice played by newcomer Christian Slater.

Brian De Palma’s tour de force about gangsterism during the Great Depression won Connery both an Oscar and a Golden Globe despite one of the worst Irish accents in Hollywood history. Kevin Costner’s FBI agent handpicks him, an embittered veteran officer, to form part of the “Untouchables” team that tracks down the notorious Al Capone, played with sinister brilliance by Robert de Niro.

Indiana Jones and the Last Crusade (1989)

As the father of Harrison Ford’s adored adventurer Indiana Jones, Connery provided a comical touch to Steven Spielberg’s Oscar-winning third installment of the franchise. Naive and unprepared for his son’s action-packed life, a show-stealing Connery is kidnapped by Nazis, forcing Indiana to overcome a run of booby traps and crate-loads of snakes to save him.