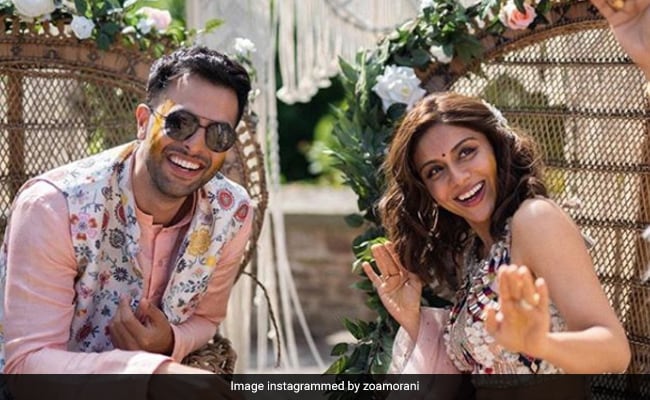 Zoa Morani in a still from Taish (courtesy zoamorani )

Salman Khan, who has introduced several celebrity youngsters in Bollywood, cheered for actress Zoa Morani for her new venture Taish. Zoa Morani, daughter of Salman Khan’s close acquaintance, producer Karim Morani, features in a supporting role in the Zee 5 project Taish, which released on Thursday. Salman, 54, addressed Zoa Morani with an ROFL nickname and gave her a massive shout out: “Dearest Zoa (my funny ponytail) wishing you the very best for your film,” wrote Salman. Taish released both as a six-episode series and a movie on the OTT platform. Zoa Morani plays a bride to be named Mahi in Taish – the show is based on the drama that unfolds around her wedding. Zoa Morani is cast opposite actor Ankur Rathee in Taish.

In the past, Salman Khan has launched celebrity kids such as Sooraj Pancholi, Athiya Shetty, Saiee Manjrekar, among others in Bollywood. He also introduced newcomers such as Zaheer Iqbal, Sneha Ullal, Zareen Khan, Daisy Shah and others in the film industry. Zoa Morani has worked as an Assistant Director in films such as Om Shanti Om and Halla Bol. She’s featured in films such as Always Kabhi Kabhi and Bhaag Johnny.