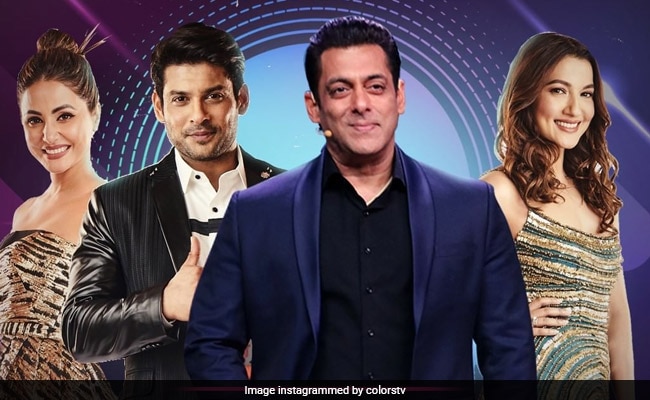 The Bigg Boss grand premiere is everything we hoped for – full-on entertainment, dance sequences, humour and what not – and we are not at all surprised, because with a host like Salman Khan, everything is possible. The fourteenth season of the popular reality show returned to the small screen this year with a bang on Saturday night. Salman Khan, like always, made a grand entrance on the show by grooving to the beat Swag Se Swagat. For those who don’t know, the actor, during a virtual press conference earlier, announced one of the contestants of this season – singer Jaan Kumar Sanu. Salman Khan started the premiere by talking about the ongoing coronavirus pandemic and on a lighter note, he cracked a joke about how celebs tried their hands at household chores during this unprecedented time.

Due to the ongoing coronavirus pandemic, necessary precautions are being taken on the Bigg Boss sets every day. The contestant, before entering the house, completed their quarantine period.

For the first time in the Bigg Boss history, the grand premiere took place with no live audience. Before introducing the contestant, Bigg Boss previous seasons’ winners Siddharth Shukla and Gauahar Khan, as well as, season 11 first runner-up Hina Khan gave memorable performances inside the house. They also revisited their memory in the house – their tasks and their love-hate relationships with other contestants.

This season, “OGs” Gauahar Khan is the “queen of kitchen,” Siddharth Shukla will control who will get the luxury of bedroom services and Hina Khan will control the items the contestant will get inside the house.

The trio, who also spent time in quarantine before entering the house, shared a hearty laugh with Salman Khan on the show. The actor also showed Gauahar Khan her tweets about Siddharth Shukla. before they entered the house. Salman Khan gave Siddharth, Hina and Gauahar Khan this super cool title – “toofani seniors.”

Salman Khan introduced the first contestant – Eijaz Khan. He made a blockbuster entry by dancing to Tera Baap Aya. Salman recalled working with Eijaz in the past and the latter discussed why he is happy with social distancing norms. The second contestant to enter the show was south actress Nikki Tamboli. Salman described the actress as “beautiful and unfiltered” and she proved him right. The actor couldn’t stop chatting with the actress – from her hobbies to her excitement about spending time in the Bigg Boss house. Nikki also danced with Eijaz Khan. Salman Khan made Eijaz and Nikki take the BBQ test – Bigg Boss Quotient – to see how qualified they are to be in the house. “Toofani seniors” “selected” both Eijaz and Nikki Tamboli as the contestants.

Muscular, popular and also, spectacular! Presenting to you @KhanEijaz on #BiggBoss2020! #BB14#BiggBoss14#BiggBoss14GrandPremier@BeingSalmanKhanpic.twitter.com/1dxSUWrXpe

Salman Khan has been primarily anchoring Bigg Boss since 2006. Other stars who have hosted the show are Amitabh Bachchan, Shilpa Shetty, Sanjay Dutt, Farah Khan and Arshad Warsi. The last season premiered on September 30 and concluded on February 15.