Salman Khan “Feels Good” To Be Back After 6 Months 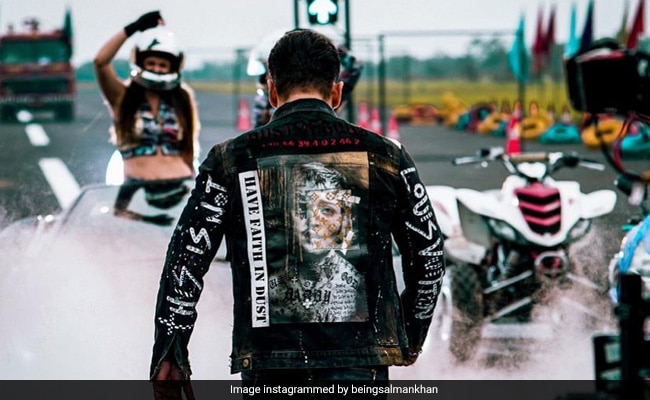 Salman Khan on the sets of Radhe. (courtesy beingsalmankhan)

Salman Khans just shared an update from his forthcoming film Radhe and his fans can’t keep calm. The actor resumed shooting for the film after six and-a-half months. On Sunday evening, Salman Khan shared a picture from the sets of Radhe. Dressed in a quirky leather jacket, a pair of black trousers, the actor can be seen walking on the sets of the film. In his caption, Salman wrote that he “feels good” to be back at work. “Back to shoot after 6 1/2 months … feels good,” he captioned the post, adding the hashtag #Radhe. Fans flooded the comments section of his post with remarks like “Can’t wait” and “kya baat hai.” Another fan on Instagram wrote: “Really excited for this film.”

In an interview with Mumbai Mirror a few days ago, Salman’s brother Sohail Khan, who is co-producing the film, shared details of the safety precautions that will be followed during the shooting schedule and said, “A team of specially trained personnel has been inducted to dispose off the PPE kits and masks after use according to the guidelines provided.”

Salman Khan began shooting for the film in November, last year. Radhe is the second collaborative project of Salman Khan and Disha Patani after the 2019 film Bharat. Salman, who also shares screen space with Jackie Shroff and Randeep Hooda in the film, shared a picture from the sets in 2019 and wrote, “And the journey begins.” Take a look at the post here:

The first poster of Radhe released in November, 2019. Dressed in a leather jacket and matching trousers, Salman could be seen posing with a gun in his hand in the picture. ICYMI, check out the poster here:

Radhe is being directed by Prabhu Deva. This film is Salman Khan and Prabhu Deva’s third collaborative project. The duo have earlier worked together in the 2009 action-thriller Wanted and the 2019 action-comedy Dabangg 3.