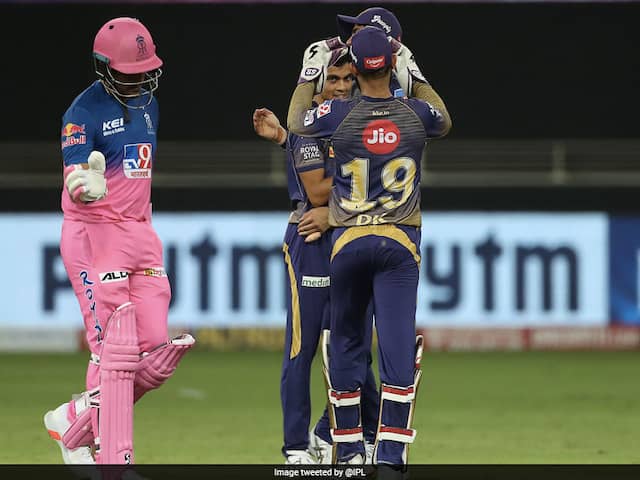 
Kolkata Knight Riders (KKR) skipper Dinesh Karthik hailed youngsters Shivam Mavi and Kamlesh Nagarkoti for their “incredible” performance against Rajasthan Royals. The duo made their presence felt in the 12th match of Indian Premier League (IPL) 2020 at Dubai International Cricket Stadium on Wednesday, accounting for two dismissals apiece. Nagarkoti further grabbed the limelight with his fielding, pulling off a stunning catch to dismiss English pacer Jofra Archer who seemed dangerous at one stage. KKR defeated RR by 37 runs, snapping the latter’s unbeaten streak in the ongoing edition of the tournament.

“A lot of things pleased me – the way Gill started, the way Russell started, the way Morgan kept his head. The beautiful sight of the youngsters going for the catch no matter high it is. I think Archer bowled some good areas. Couple of guys made the pitch look better than it was. It’s a very special thing – these boys, the journey they’ve gone through when not playing, and for them to just come out and express themselves with the ball was incredible,” said Dinesh Karthik in the post-match presentation.

Earlier, the Kolkata-based franchise posted a total of 174/6 after being sent in to bat by RR. Opener Shubman Gill was the highest run-scorer, scoring 47 runs off 34 deliveries in an innings comprising of five boundaries and a six. However, the side would not have posted such a competitive total if not for an unbeaten knock of 34 by Eoin Morgan, who led the side to safety following some cheap dismissals. RR were then restricted to 137/9 in 20 overs, with the two youngsters as well as Varun Chakravarthy accounting for two wickets apiece.