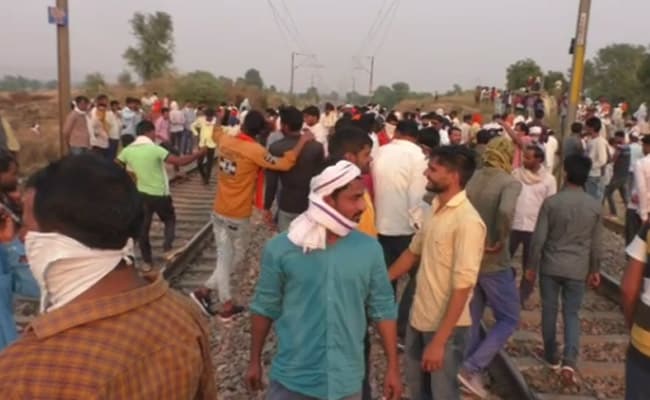 The Rajasthan government on Monday said that its doors were open for talks with the agitating Gujjar community members on their demands for reservation.

The government said the solution to the problem can only be achieved through dialogue.

State Health Minister Raghu Sharma and Speaker C P Joshi both appealed to the agitators to come and talk with the government and find a solution to the problem.

Earlier, Sharma apprised the House of the initiatives taken by the government so far on the issue.

He said a delegation of Gurjar Aarakshan Sangharsh Samiti consisting of 80 villages and civil and public representatives held discussions with the Cabinet Sub-Committee in Jaipur on October 31 during which 14 points were agreed upon.

Mr Sharma said even after this, if the Sangharsh Samiti convener, Colonel Kirori Singh Bainsla, and his supporters feel that there are some issues which have been left out of the discussion, they should come and talk to the government.

Mr Sharma said the doors of the government are always open for dialogue and the solution to this problem cannot be achieved by sitting on railways tracks or blocking roads.

It can be achieved only through dialogue, he said, while making an appeal to the agitators to maintain peace and take care of the law and order of the state.

After this, Assembly Speaker C P Joshi too appealed to the agitators on behalf of the House to negotiate with the government and find a solution.

The Gujjar Aarakshan Sangharsh Samiti started a movement in Bayana on Sunday with their demands.

Many youngsters are sitting on the tracks of the Delhi-Mumbai rail route. Many roadways have also been blocked.