Rahul Gandhi Has A Track Record, UP Minister’s Swipe On Highy Protest 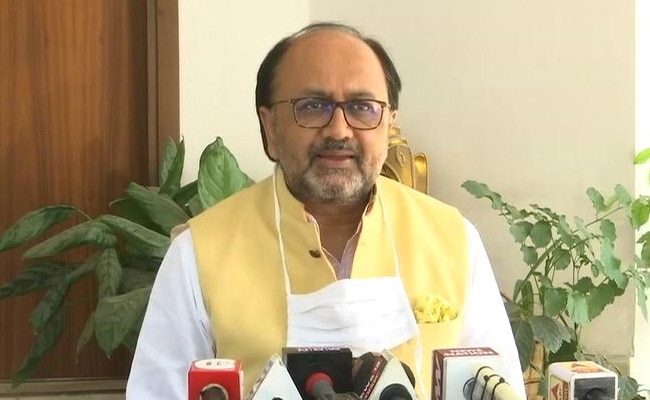 The BJP has taken a swipe at Congress MP Rahul Gandhi’s attempt to visit Hathras in Uttar Pradesh to meet the family of a gang rape victim as “photo op”. Rahul Gandhi and his sister Priyanka Gandhi Vadra were detained for defying a ban on large gatherings as they headed to Hathras to meet the family of the gang rape victim. The woman died on Tuesday and she was cremated hastily by the police, sparking outrage across the nation.

“Rahul Gandhi has a track record. Whenever he returns from abroad, he is busy with photo-ops. Today also his march on the expressway was a photo-op. Neither Rahul Gandhi nor Priyanka Gandhi Vadra are sincere in their protests,” UP Minister Sidharth Nath Singh told reporters.

“You will see in the footage of the so-called protest how they are falling on the road. This is just a photo-op. Another thing to remember is no one should be jaywalking on the high-speed expressway. You cannot stop traffic on the expressway. They (Congress) are doing all this so that they continue to take media attention,” Mr Singh said.

“The government is investigating the case and reports are coming. The family’s demands have been heard and we are fulfilling them. Even then Rahul Gandhi and Priyanka Gandhi can’t wait for two-three days because the time for their photo-op would then lapse,” the UP Minister said.

The Samajwadi Party also protested at the Hathras border, where they were stopped from proceeding to the woman’s village. Since morning, the media has been barred from the village.

The woman, 20, died on Tuesday at a hospital in Delhi. She had suffered multiple fractures, paralysis and severe spinal injury when she was assaulted by four upper caste men from her village on September 14. The police said there was a gash in her tongue because she had bitten it when the men were trying to strangle her.

To add to the family’s pain, the UP police took away her body, drove to her village and cremated the body forcibly, with the family locked in their home.

Elephant, Beaten By Mahouts, Sent To Back To Tamil Nadu Temple: Report