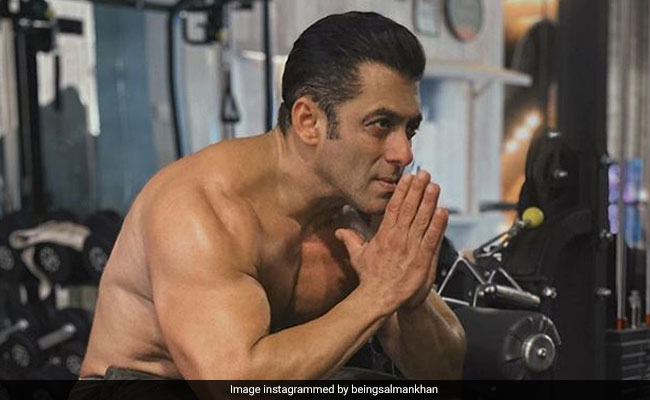 After a gap of seven months, Salman Khan is all set to resume work on Radhe on October 2. In an interview with Mumbai Mirror , Salman’s brother Sohail, who is co-producing the film, shared details of the extreme safety precautions they have planned for the shooting schedule. In addition to the guidelines set by the government to ensure a coronavirus-free environment, the makers of Radhe have added a few emergency safety measures of their own. “A health and safety officer, along with a doctor and ambulance, will be stationed on the set. Signage and colour bands for bifurcation of the team will be followed, along with government mandates on insurance,” Mumbai Mirror quoted Sohail as saying. He added: “A team of specially trained personnel has been inducted to dispose off the PPE kits and masks after use according to the guidelines provided.”

As per the Mumbai Mirror report, the upcoming schedule of Radhe will be filmed at ND Studios in Karjat, which is some 60 kms away from Mumbai. Salman’s brother-in-law Atul Agnihotri, who also co-produces the movie, is hoping to complete the shoot in 15-20 days, after which the remaining work will take place in Mumbai’s Mehboob Studios. “The team will be joined by a stunt director from Chennai to finish the action patchwork. We are hoping for a hassle-free shoot by maintaining the utmost level of care throughout,” he said, reported Mumbai Mirror.

Earlier this month, actor Randeep Hooda resumed dubbing work for Radhe and shared this post. He plays the antagonist in the movie:

Sharing an update about Radhe in May, trade analyst Taran Adarsh had reported that: “Filming of two songs and some sequences pending… Dubbing, VFX, post-production work pending too.”

⭐️ #Radhe, starring #SalmanKhan and #DishaPatani: The film is *not* complete yet… Filming of two songs and some sequences pending… Dubbing, VFX, post-production work pending too. pic.twitter.com/hebVQOqiqK

Radhe will see Prabhu Deva sporting the director’s hat. It will be Salman Khan and Prabhu Deva’s third collaborative project. Radhe stars Disha Patani opposite Salman Khan, and also features Jackie Shroff. Radhe was initially scheduled to hit screens in May but has been postponed because of the coronavirus situation.