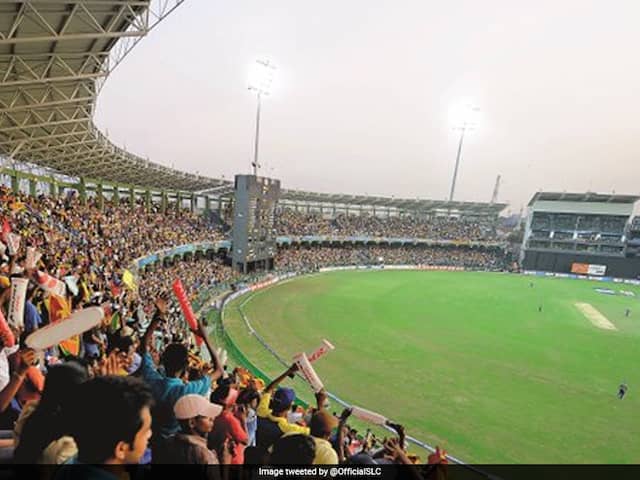 5 teams — named after the cities of Colombo, Kandy, Galle, Dambulla and Jaffna — will take part.© Twitter


Sri Lanka’s cricket Premier League tournament has been put off a second time due to strict quarantine rules for foreign players, the game’s national governing body said on Wednesday. The 23-match Lanka Premier League (LPL), originally due to start in August, was rescheduled for November 14, but has now been delayed by one more week, Sri Lanka Cricket (SLC) said. It said the shift was to “ensure that participating players have adequate time to meet quarantine requirements as per the government’s health regulations”. Sri Lanka’s insistence on two weeks’ quarantine for any visitor to the country forced the Bangladesh national team to call off its three-Test tour of the island due to start next month.

The Tests in October-November were meant to mark the two nations’ return to international cricket after a months-long lockdown halted professional sports worldwide.

SLC said the auction of players for the LPL, which was due on Thursday, had also been postponed, to October 9.

Five teams — named after the Sri Lankan cities of Colombo, Kandy, Galle, Dambulla and Jaffna — are due to take part in the tournament.

International cricket came to a halt in Sri Lanka on March 13. The visiting England team pulled out on the second day of a practice match ahead of their two-Test series as the coronavirus pandemic spread.

Since then, South Africa has also cancelled a scheduled tour of Sri Lanka.

Time Has Come To Stop Extension Of Bail, Parole Due To COVID-19: Delhi High Court

Is IMF Relocation To Beijing Imminent?