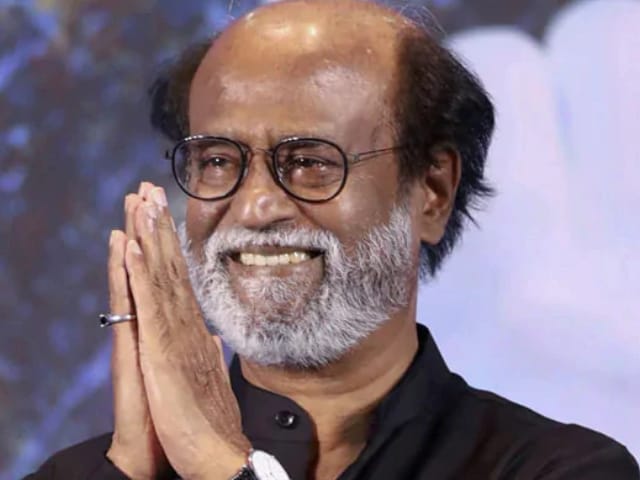 In March, Rajinikanth announced he never aspired to become the chief minister. (File)

Posters urging superstar Rajinikanth to take a political plunge have been seen in Tamil Nadu’s Vellore district, days after the actor hinted at a rethink on joining electoral politics and said he would announce his stand at an “appropriate time”.

A poster put up by “Vellore Citizens Wishing for a Change” urged the 69-year-old actor “to take the path of a lion to hunt down blood sucking pack of wolves and convocation of eagles”. Another one by a fan – VM Jeya Srinivasan- read: “It’s a grand beginning of people’s rule.”

A few days ago, the 69-year-old actor had hinted at a rethink on his political plans, citing his health condition and Covid risk. In 2016, the actor had a kidney transplant.

Last week, he said he “will share his political stand at an appropriate time after discussing with office bearers of the Rajini Makkal Forum”.

Rajinikanth’s statement comes just seven months before the Tamil Nadu election, which was widely believed to be his debut poll.
His announcement came amid a strong speculations that the BJP- an ally of the ruling AIADMK in Tamil Nadu – could directly or tacitly support the actor.

In 1996, Rajinikanth’s comment – “Even God can’t save Tamil Nadu if Jayalalithaa wins” – was believed to have led to her defeat, and the DMK-TMC coalition swept the state elections.

However, amid signals of Rajinikanth’s entry into politics over the last two decades, it was in 2017 that he announced the launch of a party, and said he would enter electoral politics.

He made the comments after the death of ex-chief Minister Jayalalithaa during an uncertain phase that witnessed Sasikala taking over the ruling AIADMK. A tussle for power between her and Chief Minister Edappadi K Palaniswami she handpicked followed, unseating O Panneerselvam who was Jayalalithaa’s choice to be Chief Minister twice when she had to step down following conviction over corruption.

In March, Rajinikanth announced he never aspired to become the chief minister.

Tamil Nadu is scheduled to elect its next government in May. This would be the first election without two icons – M Karunanidhi and J Jayalalithaa – who died in 2018 and 2016 respectively.

With Chief Minister Edappadi K Palaniswami as its candidate for the 2021 state elections, the ruling AIADMK is trying for re-election for a third consecutive term.

DMK Chief MK Stalin – who missed the bus in 2016 – is desperately trying to grab the Chief Minister’s chair, hoping to repeat the DMK – Congress alliance’s sweep in Lok Sabha polls.

Actor-turned-politician and MNM Chief Kamal Haasan too will make a debut in assembly poll; he got around 4 per cent votes in 2019 Lok Sabha elections.

In the past both these stars have also expressed willingness to work together for the welfare of the state.