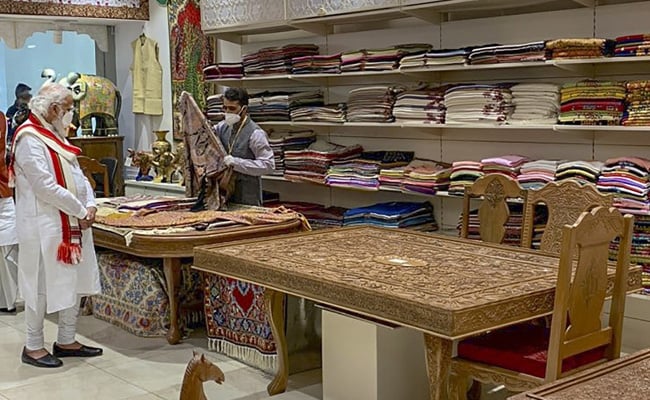 Prime Minister Narendra Modi today inaugurated ‘Ekta Mall’, a special store constructed near the Statue of Unity in Gujarat’s Kevadiya, where tourists can buy handloom and handicraft products belonging to different states under one roof.

After inaugurating the ‘Ekta Mall’, PM Modi spent a considerable amount of time at stalls selling traditional items from Jammu and Kashmir and the north-east region.

The mall, developed on the theme of Unity in Handicraft & Handloom Diversity, is spread across 35,000 square feet near the 182-metre tall Statue of Unity at Kevadiya in Gujarats Narmada district.

The imposing monument, dedicated to Sardar Patel, has emerged as a popular tourist site in Gujarat.

At the Jammu and Kashmir stall, PM Modi enquired about different products and showed keen interest in knowing the process which goes behind making them.

It also houses stores Khadi India and Coir Board, among other establishments, the release added.