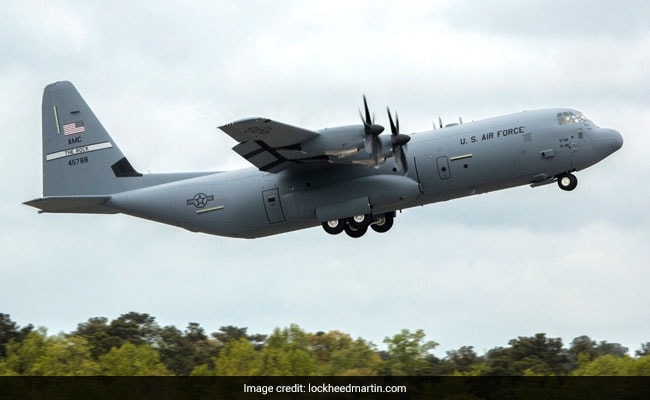 India is one of the 17 countries to whom the US has sold its C-130J Super Hercules aircraft.

The Pentagon has approved India’s request to buy USD 90 million worth of equipment, spare parts and logistical support for its fleet of C-130J Super Hercules cargo aircraft.

In its notification to the Congress, the Defence Security Cooperation Agency said the proposed sale will support the foreign policy and national security of the US by helping to strengthen the US-India strategic relationship and improve the security of a major defence partner, which continues to be an important force for political stability, peace, and economic progress in the Indo-Pacific and South Asia region.

According to the notification, the proposed sale ensures that the previously procured aircraft operates effectively to serve the needs of the Indian Air Force, Army and Navy transport requirements, local and international humanitarian assistance and regional disaster relief.

This sale of spares and services will enable the Indian Air Force to sustain to sustain a higher mission-ready status fleet.

India will have no difficulty absorbing this additional sustainment support, it said, adding that the proposed sale of this equipment and support will not alter the basic military balance in the region.

Notification of such major sales is mandatory under the Arms Export Control Act. Lawmakers have 30 days to review the proposed sale. The sale would be executed by defence major Lockheed-Martin.

“From the highest landing strip in the world to austere runways almost destroyed by natural disasters, the C-130J goes where other airlifters can’t, won’t or don’t go. It’s a workhorse that’s in operation around the world, flying in every environment and mission scenario required every day and everywhere,” Lockheed says on its website.

In the summer of 2013, Indian Air Force performed the highest landing of a C-130J at the Daulat Beg Oldi airstrip in Ladakh at the height of 16,614 ft. The aircraft was used extensively by the US in Afghanistan and Iraq.

6 Veg Foods For Immunity You Should Load Up On