One Of Delhi’s Oldest Ramleela Begins With Covid Protocols 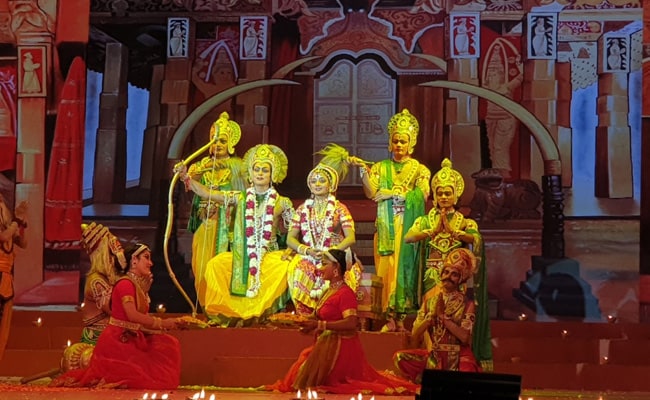 One Of Delhi’s Oldest Ramleela Begins With Covid Protocols

One of the most famous Ramleela plays in the national capital, which has been running shows for six decades, has begun with COVID-19 protocols in place. The number of viewers has been limited to 100 from the usual 600-700 and regular Covid tests have been made mandatory for the artists.

The Ramleela, which is in its 64th year, is being held at Delhi’s Shriram Bharatiya Kala Kendra. The shows will run till October 27.

Artists from Russia and Venezuela are also performing in the show. The character of Ravana‘s sister – Surpanakha – is being played by a Russian artist. 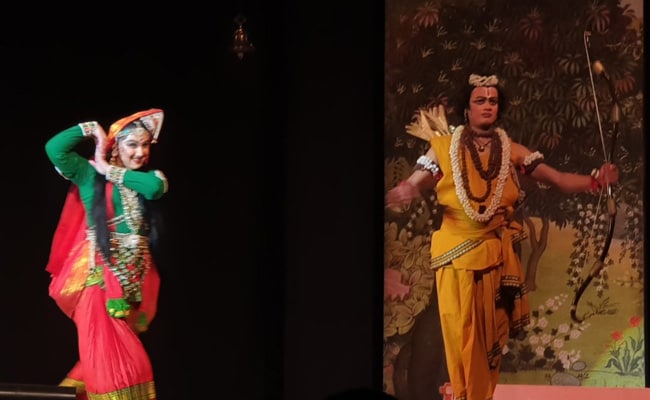 The scene where Surpanakha is trying to entice Lakshman.

A Padmashree awardee and Director of the play, Shobha Deepak Singh, told NDTV, “We took all precautions. The rehearsals have been going on since July and regular Covid tests were done for artists. I also tested positive a few weeks ago but came back to continue rehearsals post recovery. We are hopeful viewers will increase in the upcoming days.”

The dance-drama will take place for 10 days, from 6.30 PM to 9.30 PM. Two screens have been installed on the stage -one at the centre which displays images connected to the scene and another screen on a corner that give the synopsis of the acts being performed. There are no dialogues but there is commentary with special effects and music.

On being asked whether she feared performing amid the Covid situation she said, “All rules are being followed and tests are being conducted so we felt assured. There is no bigger inspiration than our Ma’am (Director Shobha Deepak Singh) who tested positive but came back with greater vigour to continue the preparations.”

27-year-old Russian artist Viktoria Pavlyukova told NDTV, “I am very excited and happy to be a part of this play. This is the second time that I am participating in a Ramleela but the first time that I am

playing Surpnakha.” She is a student of Chhau dance form (a folk dance of West Bengal and Jharkhand).

For 22-year-old Radha Rani from Venezuela, who is one of the dancers in the play, this is the third time that she is participating in a Ramleela. She is a trained Odissi dancer and had an interesting story behind her name, “I was born and brought up in Venezuela but my parents used to go to a temple near our home in Venezuela. They loved Indian traditions and were devotees of Lord Krishna. So, when I was born, they decided to give me this beautiful name.”

Shivram Mahanta, who plays the character of Lakshman ,has been participating in Ramleelas for 17 years. He said, “This time we were given a hostel accommodation within the premises so that the artists would not have to go out and interact with other people and face the risk of exposing themselves to the infection. This measure helped us feel more protected.”

On the inauguration day, the Chief Guest was Sonal Mansingh, renowned Bharatnatyam and Odissi dancer and Rajyasabha MP.

For a greater emotional connect, the play is choreographed in such a manner that the artists do not just remain confined to the stage but also come and act near the audience area during the play. In the closing act , the whole stage is lit up with hundreds of diyas to symbolise Diwali, the homecoming of Lord Rama in Ayodhya after completing his 14-year exile.