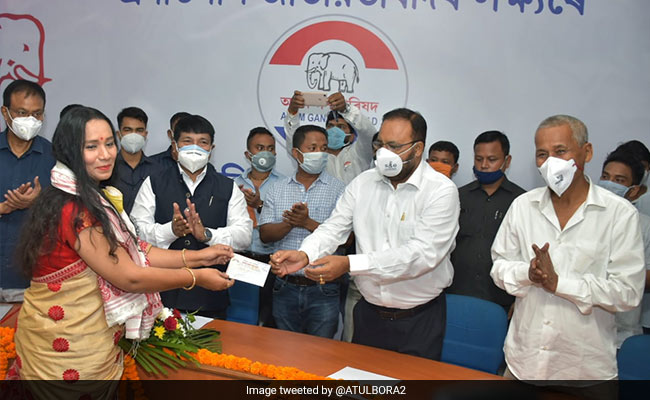 Kalpana Patowary was earlier a member of the BJP.

Ms Patowary, who was earlier a member of the BJP, joined its ally AGP at its headquarters in Guwahati in the presence of party president Atul Bora and ministers Keshav Mahanta and Phani Bhushan Choudhury, among others.

She said that as an Assamese she is committed to her motherland and has a responsibility towards working for the implementation of the various clauses of the Assam Accord.

Chief Minister Sarbananda Sonowal said that the members of an indigenous community such as the Bodos joining the BJP proves that the motto of “Sabka Saath, Sabka Vikas” (With all, development for all) is turning into a reality.

He claimed that Assam was under attack from various forces but all must unite to fight against the inimical forces and help in building a strong state.

“The present state government is committed to ensuring that the state emerges as one of the strongest in the country and the BJP is the only party that can translate this into a reality,” he said.

NEDA’s convenor Himanta Biswa Sarma, welcoming the new members to the party, said that the BJP was further strengthened with these joinings.