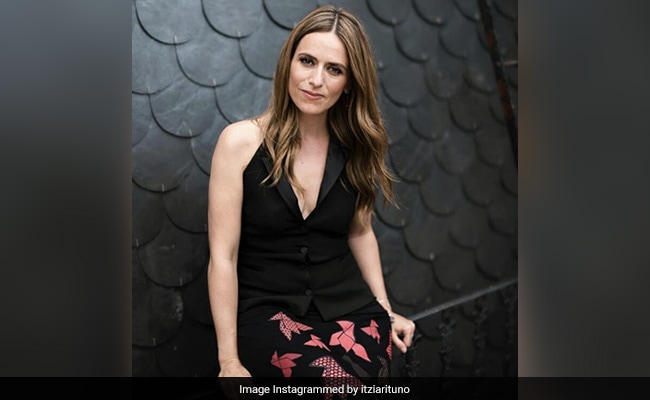 Itziar Ituno’s rendition of Chunari Chunari has impressed many.

Chunari Chunari is going global! The catchy song from the 1999 film Biwi No 1 recently returned to public memory with a viral fan-edit video of K-pop band BTS dancing to it, and now a Spanish actor’s rendition of the song is winning hearts on social media. Itziar Ituno aka Agent Raquel Murillo from the hit TV show Money Heist sang a few lines from the song during an interview, and her rendition impressed thousands.

It even impressed Sushmita Sen – the actor on whom the original was picturised.

In the video, Itziar says she likes Bollywood dance a lot before breaking out into Chunari Chunari. She even performs a few dance steps while humming the song. Watch the video below:

Fans of MoneyHeist have showered love on the video. It has been viewed over 80,000 times on the microblogging platform.

“Is it also a part of the Professor’s plan?” quipped one person in the comments section.

“Superstar for a reason,” another wrote.

Actor Sushmita Sen also gave her stamp of approval to the rendition.

While Netflix India endorsed Raquel’s talent with a hilarious response.

Petition to change Lisbon’s name to whichever city Biwi No. 1 is set in! https://t.co/vzXIsyunme

In June, a mashup video of BTS dancing to Chunari Chunari went viral on social media and had people amazed with its perfect syncing of choreography to music.

What do you think of Itziar Ituno’s rendition of the song? Let us know using the comments section.