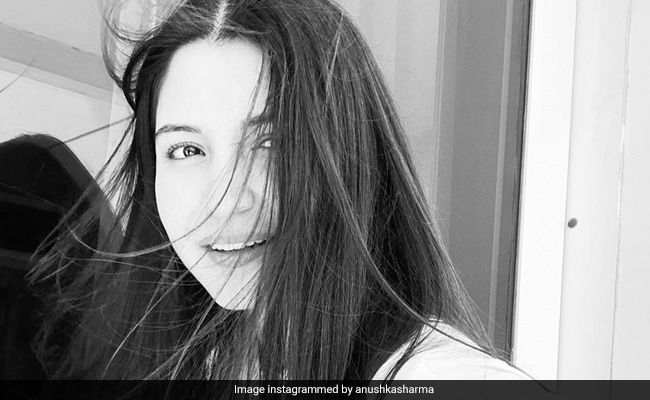 Anushka Sharma, who is expecting her first child with husband and cricketer Virat Kohli, shared a stunning greyscale photograph on her Instagram profile on Sunday. No captions needed, she simply added black and white heart emojis to her post. In the close-up shot, Anushka can be seen flashing an ear-to-ear grin. Anushka’s Instafam was all hearts for the picture. The actress and Virat Kohli announced the big news of their pregnancy on social media, in August this year. Posting a picture of themselves, the couple wrote: “And then we were three. Arriving January 2021.” Members of the film as well as the cricket fraternity congratulated the couple on social media.

Meanwhile, this is how Anushka and Virat Kohli shared the big news:

Last month, Anushka shared a stunning picture of herself in a swimsuit. She wrote: “Acknowledging the good that you already have in your life is the foundation for all abundance – Eckhart Tolle. Gratitude to all those who showed me kindness and made me believe in goodness in this world , opening my heart enough to practice the same with the hope to pay it forward, because … ” After all , we are all just walking each other home ” – Ram Dass.”

Anushka Sharma and Virat Kohli met during the shoot of a shampoo commercial and they got married at a countryside resort in Tuscany in a private ceremony in December 2017 after dating for several years. The couple later hosted grand wedding receptions in Mumbai and Delhi, which saw the convergence of several Bollywood and cricket stars.