Micromax In Note 1, Micromax In 1b With MediaTek SoCs Launched in India: Price, Specifications

Micromax “In” series has finally been launched in India after much anticipation and a range of teasers. The new series comprises the Micromax In Note 1 and Micromax In 1b that both come with MediaTek chipsets and run on Android 10 with a “complete stock experience”, without any bloatware and ads. Micromax has also promised to offer two years of software updates on the new smartphones. The Gurugram-based company was once a leader in the Indian mobile phone market. However, it bowed out in the growing dominance of Chinese brands including Oppo, Vivo, and Xiaomi in the country. Micromax co-founder Rahul Sharma during the virtual launch showcased the company’s facility in Bhiwadi and detailed the production process of the new smartphones, which are being touted to be part of the ‘Make in India’ initiative.

Micromax In Note 1, Micromax In 1b price in India, availability details

The dual-SIM (Nano) Micromax In Note 1 runs on Android 10 and features a 6.67-inch full-HD+ display and a hole-punch design. Under the hood, the phone has an octa-core MediaTek Helio G85 SoC, coupled with 4GB of RAM. The phone comes with a quad rear camera setup that houses a 48-megapixel primary sensor, along with a 5-megapixel secondary sensor that houses a wide-angle camera. There are also two 2-megapixel sensors for macro shots and depth sensing. Furthermore, the camera setup is paired with an LED flash and is powered by artificial intelligence (AI) backed features, including night vision support.

For selfies, the Micromax In Note 1 houses a 16-megapixel camera sensor at the front, with a 78-degree wide-angle lens. The selfie camera sensor is capable of shooting GIFs — alongside regular photos and videos.

The Micromax In Note 1 comes with up to 128GB of onboard storage that is expandable via microSD card. Connectivity options on the phone include 4G VoLTE, Wi-Fi, Bluetooth, GPS/ A-GPS, USB Type-C, and a 3.5mm headphone jack. The phone comes with a rear-mounted fingerprint sensor. Besides, it packs a 5,000mAh battery that supports reverse charging as well as 18W fast charging (compatible charger is bundled in the box).

Micromax In 1b specifications

The dual-SIM (Nano) Micromax In 1b runs on Android 10 and features a 6.52-inch HD+ display with a waterdrop-style notch. The phone is powered by an octa-core MediaTek Helio G35 SoC, paired with 2GB and 4GB of RAM options. In terms of optics, there is a dual rear camera setup that houses a 13-megapixel primary camera sensor with an f/1.8 lens and a 2-megapixel depth sensor, along with an LED flash. The Micromax phone also comes with an 8-megapixel selfie camera sensor at the front. 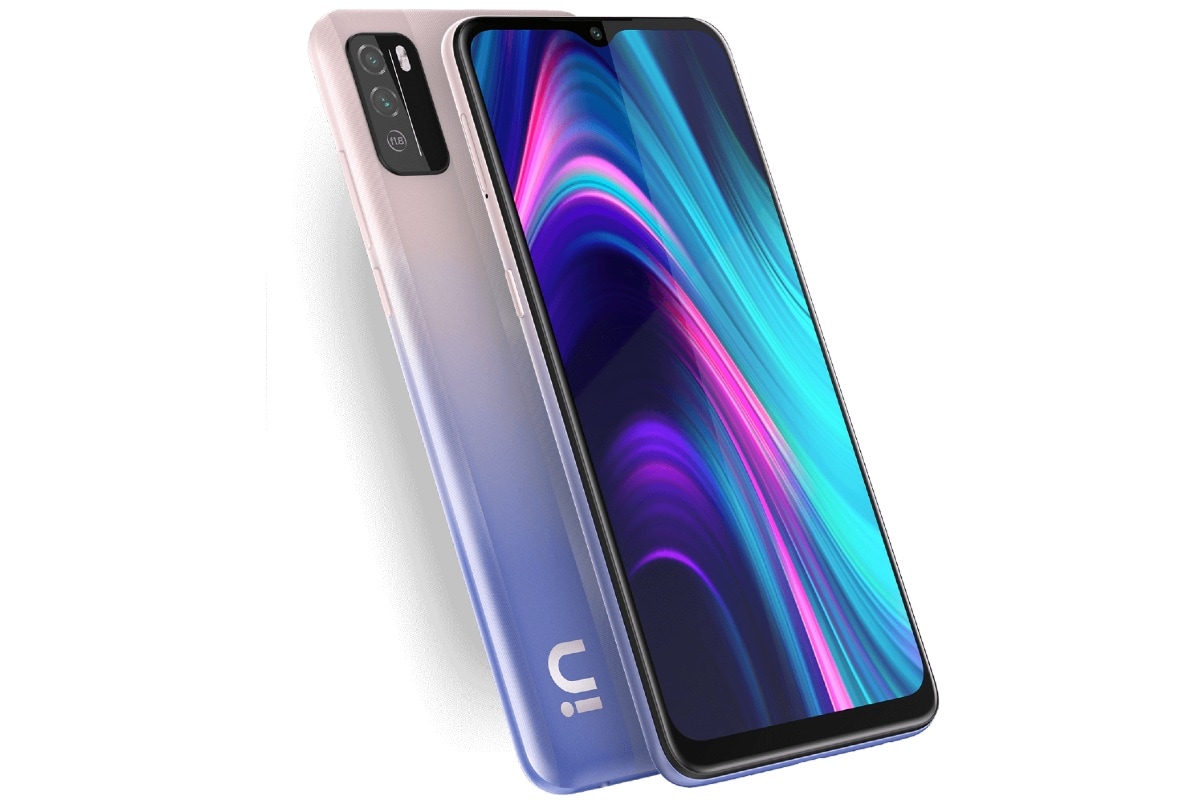 Micromax In 1b comes with a waterdrop-style display notch

On the storage front, the Micromax In 1b carries 32GB and 64GB of onboard storage options that both are expandable via microSD card. Connectivity options include 4G VoLTE, Wi-Fi, Bluetooth, GPS/ A-GPS, USB Type-C, and a 3.5mm headphone jack. The phone also features a fingerprint sensor at the back. Lastly, the phone comes with a 5,000mAh battery that supports reverse charging and 10W fast charging (compatible charger is bundled in the box).

Why are smartphone prices rising in India? We discussed this on Orbital, our weekly technology podcast, which you can subscribe to via Apple Podcasts, Google Podcasts, or RSS, download the episode, or just hit the play button below.