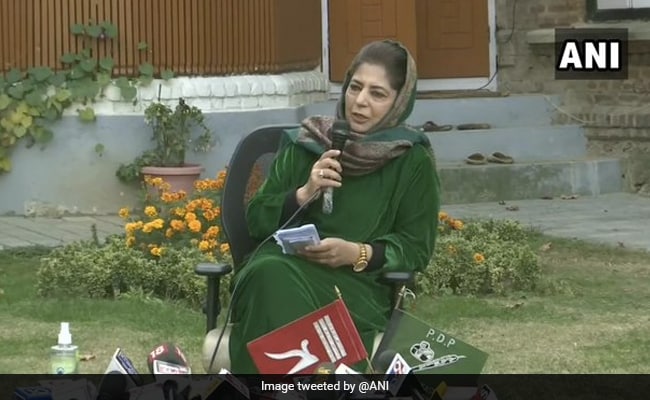 Mehbooba Mufti has called the raids a a crackdown on dissent.

The National Investigation Agency (NIA) today carried out searches at nine places, including the premises of a local daily, in Srinagar in connection with a fresh terror funding probe.

These NGOs, the NIA said, were receiving money from undisclosed donors which was then being used to fund terror activities, according to a PTI report. Besides Srinagar, the raids were carried in Bandipora and Bengaluru, including at the residence of Khurram Parvaiz, offices of NGO Athrout, and Greater Kashmir Trust.

The agency was assisted by the local police and paramilitary personnel in carrying out the raids.

Mehbooba Mufti, the chief of the Jammu and Kashmir People’s Democratic Party called the action a vicious crack down on dissent.

NIA raids on human rights activist Khurram Parvez & Greater Kashmir office in Srinagar is yet another example of GOIs vicious crackdown on freedom of expression & dissent. Sadly, NIA has become BJPs pet agency to intimidate & browbeat those who refuse to fall in line

In another tweet, she alleged that the government of India wants media publications to write op-eds about diabetes and yoga instead of what she termed the “plunder of J&K’s land & resources”.

The scrapping of the state’s special powers under Article 370 of the Constitution last year, alongside the state’s bifurcation into two Union Territories, paved the way for this change in land law.

The move set off a stream of protests from the local political parties.

“JK is now up for sale and poorer small land holding owners will suffer,” former Chief Minister Omar Abdullah had tweeted on Tuesday.

Union home ministry officials, however, said that with this move, the Centre had brought uniformity in land laws throughout India.