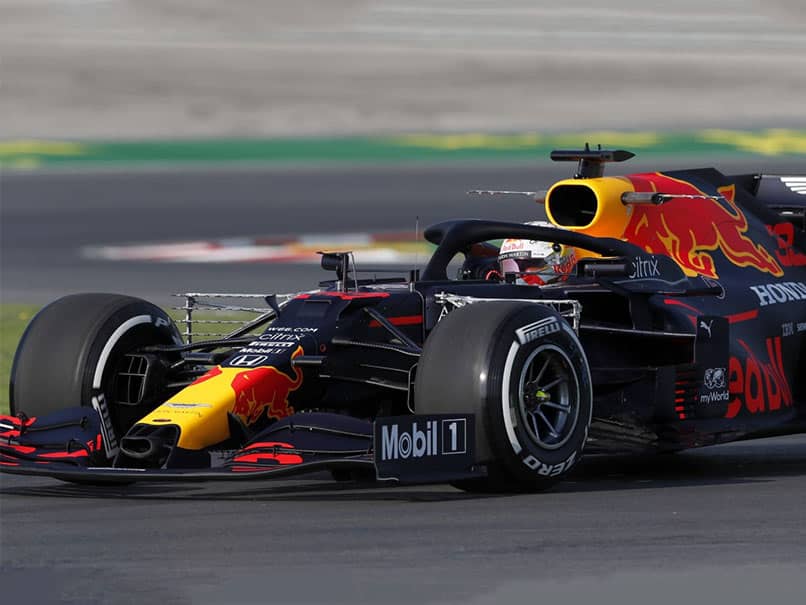 
Max Verstappen led the times ahead of team-mate Alex Albon as Red Bull slithered to top the times in Friday morning’s cold and damp opening practice for the Turkish Grand Prix. The Dutchman produced a best lap in 1min 35.077 sec to outpace the London-born Thai driver by 0.241 sec in difficult conditions that saw nearly all of the drivers spinning and grumbling. Six-time world champion Lewis Hamilton ran for only the final 30 minutes and contented himself with 15th place. He is bidding this weekend to seal his seventh drivers’ world championship, equalling Michael Schumacher.

The Istanbul Park circuit has not hosted Formula One cars at a Grand Prix since 2011 and the ‘skating rink’ experience produced little to signal what may lie ahead.

Lap times were around 10 seconds slower than those recorded nine years ago at the track which has been resurfaced and washed ahead of this weekend’s event.

Lando Norris was seventh for McLaren ahead of Antonio Giovinazzi of Alfa Romeo, Valtteri Bottas of Mercedes and Esteban Ocon of Renault.

On a morning with an air temperature of only 14 degrees Celsius and the track at 17 degrees, conditions were challenging.

“It’s like driving on ice,” declared Verstappen, as he wiggled his steering wheel in search of grip. “Worse than ice,” retorted Norris, whose 21st birthday had started earlier with a celebration in the McLaren garage.

The session was red-flagged after only seven minutes to recover an errant bollard as the drivers struggled for consistency and rhythm.

Verstappen established himself on top after 45 minutes and swapped fastest laps with Bottas and Leclerc before the Ferraris went fastest, but it was of little real significance as an indicator of form and performance.