Maruti Suzuki S-Presso Sales Cross 75,000 Units In A Year Since Its Launch

Maruti Suzuki India has announced that the S-Presso hatchback has crossed the 75,000 units sales mark in one year since its launch. The new SUV-inspired entry-level offering was introduced in October 2019 and has been doing decent numbers for the company as a young and vibrant alternative to the Alto K10 in the company’s stable. The Maruti Suzuki S-Presso competes primarily against Renault Kwid in the segment, which started the mini-SUV design trend for entry-level cars in India, while also competing against the Datsun redi-GO and the Hyundai Santro. Speaking on the first year of sales, Shashank Srivastava, Executive Director, Marketing and Sales, Maruti Suzuki India said, “Within a short span of a year, Maruti Suzuki S-Presso has carved a strong niche for itself with many segment first features like dynamic center console with SmartPlay infotainment system, steering mounted audio and voice control etc. In line with the aspirations of young India, -S-Presso is exclusively designed to offer a mini SUV feel with the best of technologies and features. Rightfully pegged as the ‘Genki car’ S-Presso stirs right notes to pep-up the industry. Within a year, S-Presso buyers have shown 24 per cent higher inclination to accessorise their cars with unique and exciting accessories to match their lifestyle. Infact S-Presso witnessed an uptake in positive momentum with an increased buyer interest in the unlock phase. We thank our customers for their endorsement of this young brand.”

The Maruti Suzuki S-Presso entered the top ten selling cars in India right from its debut and has been a steady seller with a nine per cent market share in the A2 segment. The distinctive styling makes it a major departure from traditional hatchbacks, while maximising on cabin space and comfort. It’s also one of the few entry-levels cars to offer a full-fledged touchscreen infotainment system with Apple CarPlay and Android Auto. Maruti Suzuki offers a plethora of accessory options on the hatchback, both cosmetic and feature add-ons. 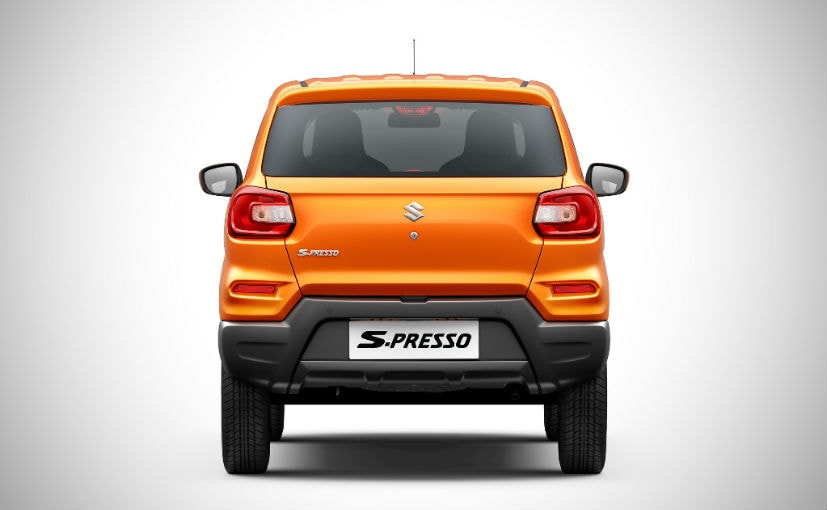 The S-Presso is offered with petrol and CNG options powered by the 1.0-litre K-Series engine

Power on the S-Presso comes from the 1.0-litre K-Series petrol engine that develops 67 bhp and 90 Nm of peak torque. The motor is paired with a 5-speed manual and an AMT unit. There’s also an S-CNG variant available with the model. The model claims a fuel efficiency of 21.7 kmpl on the automatic and 21.4 kmpl on the manual. The S-Presso CNG returns a claimed 31.2 km/kg. Prices for the Maruti Suzuki S-Presso range start from ₹ 3.70 lakh (ex-showroom, Delhi).