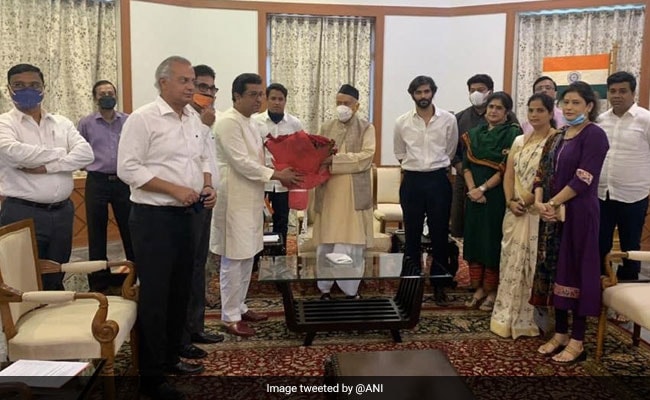 “My delegation had met Adani and BEST officials, so I met the Governor today regarding the increased electricity bill. Companies are ready to reduce the electricity bill. Governor will soon convey to CM and take a decision,” the MNS Chairperson said after the meeting, according to ANI.

He also said that if necessary, he will meet Chief Minister Uddhav Thackeray and Nationalist Congress Party (NCP) chief Sharad Pawar, too.

“There are lot of issues in Maharashtra, there is no shortage of questions. One has to get the answers from government,” Raj Thackeray said, according to ANI. Taking a dig at his cousin, the Chief Minister, he said no decisions were being taken on the issues faced by the state.

The issue of the reopening of temples did not come up during the meeting with Governor, Raj Thackeray said, referring to the matter that resulted in much acrimony between Chief Minister Uddhav Thackeray and Mr Koshyari a few days ago.

The MNS chief himself has demanded the re-opening of temples, a position in sync with the Governor’s.

Writing to the Chief Minister earlier this month on this matter, Mr Koshyari asked if the government’s reluctance to reopen the temples was because Chief Minister Uddhav Thackeray had turned “secular” – a dig at his party the Shiv Sena’s ruling alliance with the Congress and the NCP.

Mr Thackeray responded saying his Hindutva was different from the BJP’s, and that it did not involve ringing bells and banging utensils, a clear hint at Prime Minister Narendra’s Modi’s call for a Janata Curfew on March 22. On that day, Mr Modi had asked Indians to clang vessels, clap, or ring bells to symbolically express support and unity in the fight against COVID-19.