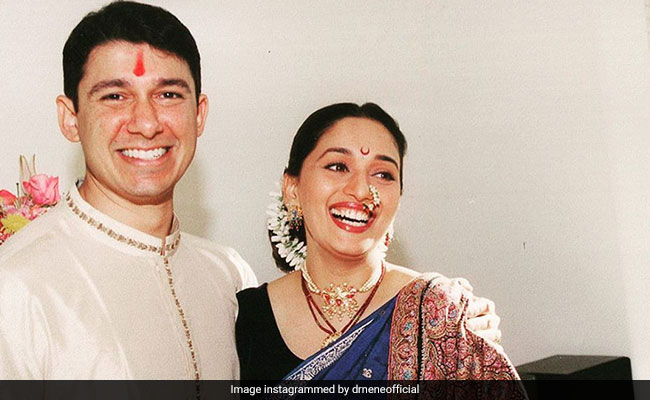 Happy anniversary, Madhuri Dixit and Sriram Nene! The couple celebrated their 21st wedding anniversary on Saturday by sharing adorable posts for each other. They posted similar photos of themselves dressed in traditional outfits and greeted each other with loved up notes. In her post, Madhuri also shared a picture of herself and Sriram Nene from one of their outings and wrote: “Today marks the beginning of another year, full of adventures with the man of my dreams. We are so different yet so alike and I am grateful to have you in my life. Happy Anniversary to you and us, Ram.”

Here’s what Sriram Nene wrote in his post: “21 years ago, found my soulmate and started on our journey together. Every day is amazing and look forward to many more adventures together. Happy 21st Anniversary!”

Madhuri Dixit and Dr Shriram Nene married in October 1999 and are parents of two sons Arin and Raayan.

Take a look at the couple’s adorable anniversary posts here:

During the lockdown period, Madhuri Dixit and Sriram Nene shared glimpses of their fun-filled activities. Recently, they shared a page from their cooking diaries and left their fans in split with their cute banter.

Madhuri even gave her husband a haircut during the lockdown. So, how did she do?